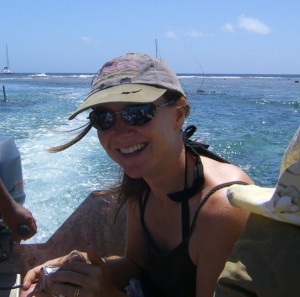 Addicted to travel, adventure and writing, Jackie doesn’t sit still for long. Originally from the UK she is now an adopted Australian. She’s sailed around the world one-and-a-half times and trekked in the bush with five rescued horses for months. She has trained as a professional maritime captain and teacher. Currently she is exploring the European canals on a 1920s Dutch barge with her Australian husband, Noel. She’s written about her sailing and horse trekking escapades, and is an encourager, ‘there are far too many critics in the world already!’ 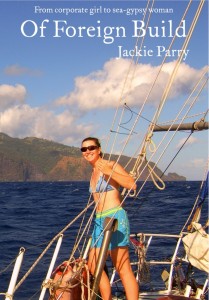 After suffering an emotionally-brutal bereavement and against her counsellor’s advice, Jackie ran away. Suddenly within a new culture, with a new husband, and no friends, she was living in the obscure world of cruising with zero knowledge of boats.

Crashing within the first twenty-four hours, Jackie realised life would never be the same again; a floating home with no fridge or hot water, and with a dinghy instead of a car. Suffering self doubts, she became fearful of her new world.

The first off-shore voyage took Jackie into a ferocious storm, which battered her physically and mentally. Amid the raging seas, Jackie shed the fear she’d been harbouring.

Soon she was blissfully voyaging around the world, but she still carried the mixed emotions of losing one man, while falling head over heels in love with another.

Not only did Jackie deal successfully with the challenges of her new existence, she also battled with the testosterone fuelled nautical world to become both a professional captain and a qualified maritime teacher. Most importantly, Jackie found herself. 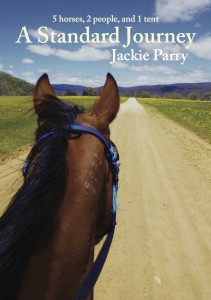 They rescued five horses from an unknown fate.

They sold everything they had.

With daring inspiration, Jackie and Noel trained the lost and confused horses, and forced their own unfit bodies to meld into one team.

Life became horses, trail, endurance, and camping: all seven reliant on one another as they trekked along part of Australia’s majestic Bicentennial National Trail.

What started as a dream adventure turned out to be more than they had ever imagined. The beauty of the trail didn’t lessen its dangers; with minimal support and all their worldly possessions on horseback, Jackie and Noel made mistakes and with humour learned the hard way.

They were amateur horse-handlers, tackling an epic challenge, but they created something special, unique, and incredibly endearing.

Fears were faced, healed, and conquered. Bonds were forged.

But did the team of seven that started together, finish together?

Saddle up and take a ride along life’s natural trail of trauma, fear, pain, and loyalty. 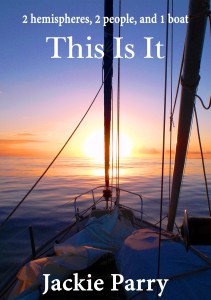 They knew this moment would shape the rest of their cruising lives.

With their incurable curiosity and desire for adventure, they sold all their belongings and flew to America in search of a boat.

The pull of the ocean was too strong to ignore any longer. Four years prior, they circumnavigated the globe on their thirty-three foot boat, Mariah. Now they wanted a new challenge.

From the perils at Pitcairn to the grand statues of Easter Island, Jackie and Noel set sail south to the remotest inhabited island in the world.

Along the way, they lose a friend and come nail-bitingly close to losing their new boat, but they gained so much more: a voyage that left them breathless from fear and a journey of not only travel but of two truly nomadic gypsies.

This is a story of storms of emotions and oceans, travel, love and relationships, and two people figuring out life and fulfilling their need to move and be challenged.