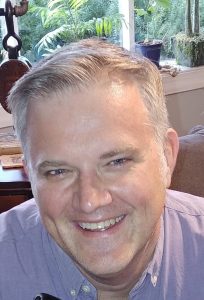 Jason Prugar has always liked to make things up, and now as an author, he can do it and not get in trouble for it! He also makes films and is a king of useless knowledge (great for trivia!). He enjoys playing and watching sports, spending time with loved ones and consuming stories in all of their forms. He lives in Pennsylvania with his family. 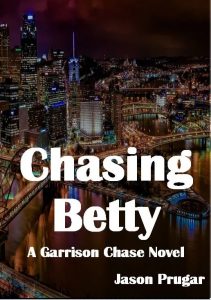 Garrison Chase hates Thursdays, rude people, and being in water. But Chase, a post-Migration army deserter turned private detective, finds himself in a lot of places doing a lot of things he really doesn’t like. Because bills. And beautiful girls. And heck, man, there’s a kid.

In his most recent case, Chase has been hired by shipping magnate J. Seneca Dean to find Dean’s daughter Betty and her son. Dean sweetens the deal by doubling Chase’s typical finder’s fee AND vowing to help with legal troubles stemming from Chase’s army desertion. He accepts the assignment, but doesn’t trust Dean’s altruistic attitude — with good reason.

On the path to find Betty and her little boy, a beautiful new player enters the field. Chase doesn’t know who he can trust. Also, he has to keep looking over his shoulder for Decker, his former commanding officer, who wants him brought to a corrupt version of justice.

In an alternate reality of a bustling city filled with broken bridges and changing loyalties, can one private detective change his fate once and for all?