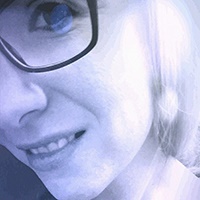 Choose your poison: Paranormal Fantasy • Romantic Horror • Dark Fantasy With A Twist? Maybe all of the above, and then some?

Stockli prints under BlueFae Publishing. She strives to keep it dark and intimate, feeding off of those quiet moments where secret exchanges of eye contact scream louder than words. Her work consists of “perfectly imperfect characters and real-life grittiness.” She is inspired by music, the past, and possibilities. Happily Ever Afters are only achieved through the cost of some blood, guts, or a soul or two… if at all.

Also an established full-time professional, Stockli has earned her BA in Art & Architectural History and MBA with a concentration in Marketing. Over the years she’s traveled, lived, learned, and moonlighted as a magician’s assistant, a roadie for a metal band, a dance fitness instructor, and even dressed up as a promotional character at public events. For her, life has been all in good fun and given her a wealth of real life material to work off of. She lives along the Massachusetts coast with her husband and two little monsters. You’ll likely find them dancing around the house, or out on the water soaking in the sun and breathing in the sea salt air.

The Nothingness: Addictions Of The Eternal, Book I (Fantasy/Paranormal Romance/Supernatural) 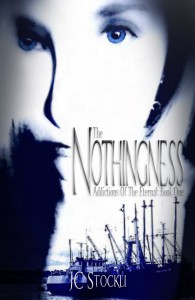 A dispirited addict learns that history repeats itself deep within hidden worlds. Evie Westvale is lost in the lifeless existence of her drug-laden fishing town. She finds much more than fellow addicts lurking beneath the docks. Craving escape from her inebriated reality, she discovers the presence of a dark stranger who haunts her dreams in the most delicious ways. Lucca has come to prey on the dregs of Fallhaven. He has not arrived by accident, and he is not alone. Riding waves of blood and lust, Evie is forced to confront her dark past and an irresistible future, but can she survive the tempest brewing inside?

The Nothingness is the first installment of the Addictions Of The Eternal, a series inspired by the New England coastline that depicts the struggles with addiction and stages of recovery through the lens of dark/paranormal fantasy.

The Saving (Addictions Of The Eternal: Book Two) – Coming Soon in Summer 2015