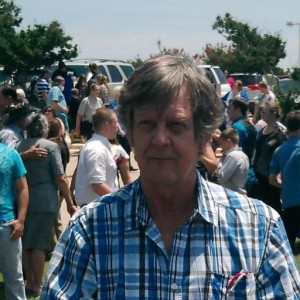 Jeff Dawson spent the last twenty-five years in road construction. Major back surgery in 2010 put a damper on that career. In 2009 he reunited with his high school sweetheart who tragically passed July of the same year. Her cancer returned with a vengeance. Jeff was thoroughly crushed with her loss. It took a year before he sat down and wrote about their shared love. Since then he has written and self-published eight books. Two baseball coaching manuals, two auto-biographies, a short humorous story about being a single parent, an erotic short story collection, a World War II vampire novel and recently released a sci/fi thriller.
As one can tell he doesn’t have a particular genre as he writes or helps to publish, Erotica, Historical Fiction, Horror, Non-Fiction—memoirs,Science-Fiction, Short Stories and Self-Help.

Jeff currently has three books in the works.

He lives in the DFW area and spends his free time with family and grandchildren. 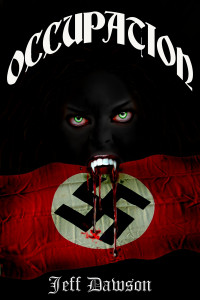 Are you ready for vampires to regain their standing in the genre? Are you ready for them to stop “sparkling” and take on a worthy opponent? Then wait no longer. This book will satisfy even the most “bloody-thirsty” appetites with an added twist; one of the clans is able to release a very nasty bacteria into their respective hosts which after ninety days or so unleashes a very ghoulish end to the recipients.

The Third Reich has occupied Poland!

The plan of “relocating” the population is well underway with one problem the Germans could never have imagined. Unknowingly, they are removing the food supply of the Romanov and Boirarsky vampire clans. Needless to say, they do not care for each other at
all. Too much bad blood has been spilled over the past centuries.
Will they be able to unite and take on the true enemy–the Third Reich, or will they perish as the food supply quickly diminishes?

Get a copy today and find out if the clans succeed in uniting and dealing
the Third Reich their first defeat. 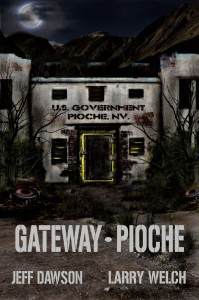 June 2016—Stanford, Ca. GRADUATION for Muki, Abdul, Larry and Judith. Six years of cramming for finals and pursuing double master’s degrees has finally paid off. It’s time for them to enjoy the fruits of their labor. A trip to Las Vegas and the blackjack tables before entering the word of commerce and research.

Their good fortune at the tables doesn’t go unnoticed by the local mob boss, Nathan Francisco, who decides, What money comes to Vegas, stays in Vegas. Instead of enjoying their winnings, the graduates find themselves in a hair-raising, life-threatening pursuit through the sleepy town of Pioche, Nevada. They find themselves northeast of town at an abandoned military complex. Not wanting to tempt fate, they decide to stay put for a day and explore the complex.

What and who they find could unravel truths surrounding the most debated conspiracies of the past—who shot John Fitzgerald Kennedy, what happened to Judas Iscariot after betraying Jesus and did America really land on the moon in 1969. And of more consequence, will Judith Anderson be able to purge her family’s ties to the Third Reich?

Prepare for the most riveting tale of time travel!

Terror at The Sterling (Short Story/Horror) 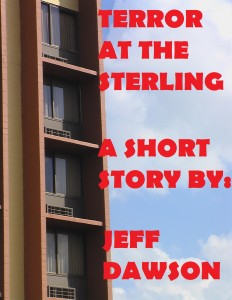 February 2013. The day started out normal enough for Mel: emails, phone calls, and general business issues. His normal routine was about to be disrupted when the new General Manager, Cheryl, tells he and Jimmy to evict the two hookers whose rent was three days past due. Mel shivered at the thought.
The last eviction, six months ago, still haunted him. He couldn’t erase the memory of the blood and gore he and his partner RJ witnessed. What they saw reminded him of the story the ole’ timer told him about; the unsolved murders of two oil men in 1973.
Spend a day with Mel Thornton, as he embarks on a simple eviction that plunges him into the horrors and truths of the crimes from forty years ago.
Get a copy today. You will never look at staying in a hotel the same way— ever! 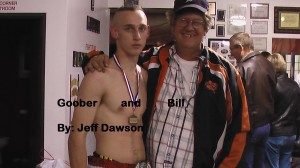 A short story packed with humor. Dad is doing his best not to lose his son,his lawn boy and maid, to a sultry,evil female. The son has a date. The old man must stop this foolishness.and maintain the status quo. Will Bill succeed or will Goober make a clean get away?

Guys, pop a cold one and enjoy this quick read.

The Baseball Coaching Manual: Little League to High School I and II (Non-Fiction) 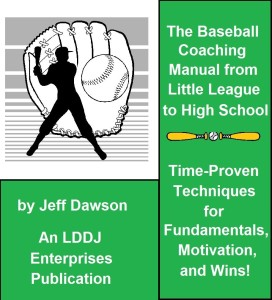 For the first time ever, Coach Jeff Dawson, with decades of both playing and coaching experience across multiple states and venues, addresses the game of baseball in the way it demands to be addressed: from the fundamentals and psychology of the game!

That psychology, however, is honed from experience.
Here you get nothing but a “hands-on psychology” style that you as the team’s coach can and will begin implementing immediately to see instant results!

All aspects of the game are touched on including:

• Team Unity and how to get it back once lost and then how to keep it!
• Practice to stay focused instead of practice and for practice’s sake!
• Catchers and batters and how to maximize their minds and steer them into winning players!
• Drills, drills, drills and what not to do during drills!
• Outfielding and how to boost your outfielder’s desire to play their positions with razor-sharp accuracy!
• Infielding: how almost all coaches overlook the most basic requirement of their infields during practice!
• Run-downs, base-running, and stealing and how to drive a winning desire into your players that they won’t ever let go of!
• Baseball psychology, a tried and tested psychology that is immediately applicable to the team itself and how to apply it to your players, the parents, and most important to yourself!

You won’t find a boring encyclopedia of diagrams here!

Instead, here you will find short and concise fundamentals that put the all-important fun back in the game for the players, parents, and you!

Click to get this book because you owe it to your players not just to improve their play but to put the basics and fundamentals and fun back into the game starting today! 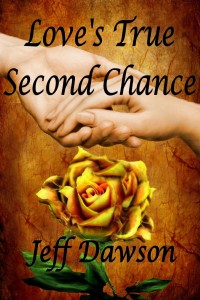 Would you take second chance at love with an old flame? Would you be able to forgive and forget, or would the old feelings of hurt and betrayal surface? In 2009 I would put those questions and feelings to the test. For almost thirty years I’d wondered what path her life had traveled. Was she married? Was she happy? Did she ever think of us? A phone call in December of 2008 was about to open the floodgates of the past. But there was one thing I couldn’t prepare myself for: cancer.
Join Debbie and I for the love of a lifetime. From the halls of high school, to meetings in college best forgotten and finally, a chance to correct the mistakes of the past and enjoy the love we were meant to share. After all, we have all the time in the world, or do we?

Why Did Everything Happen? (Non-Fiction) 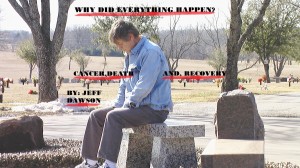 The white stripes on the road are passing by at breakneck speed. The bus driver does not heed our cries “to get off the road and pull over!” The driver is fixed on his path no matter how much you plead for a different path. He just keeps shifting gears and presses down on the accelerator. “We have to get off this road. This isn’t the path we chose!” That is only the beginning of the trip.

Join Jeff Dawson as he takes you on an unforgettable journey over the last twenty-five years. You will endure business failures, divorce, and the loss of his children as the world around him crashes down. And to top it off he will take you through the loss of a partner, his father and last but not least his high school sweetheart he reunited with after a thirty year absence.

He sets the tone immediately by describing his mind set in the fall of 1995. The company is going bankrupt, the mortgage companies are lining up with the courts to force eviction and to top it off he had to let the three loves of his single parenthood go live with their mother. The thought of suicide is strong he can taste it. But somehow, the thought of how they would remember their father is enough to pull him off the brink and somehow pick himself up and regroup.

It is a roller coaster ride with many more valleys than hills. Just as you believe that your life is on track and you can sit back and relax, tragedy or disaster comes crashing onto the tracks. Another business failure and the passing of his father. You feel his pain as he regroups again and finds a good job in Dallas and starts rebuilding his life. But wait, a new twist enters the picture. Jeff is not looking for love but it finds him out of nowhere. He connects with his high school sweetheart and has the most intensive love affair anyone could ask for. Unfortunately, cancer strikes her down after a brief seven month love affair. Now, all appears to be lost. No matter how hard we try, everything we have worked for and everyone we loved have been taken. All hope has been lost. But on August 19th,2009 in a little cemetery in Seagoville, TX, all his pent up emotions pour out in a shower of tears and anguish. “Why, why has all of this happened?” Those questions are answered in a most unbelievable revelation.

So, click on the button to buy this book, board the bus, take a seat, and prepare for the ride of your life!