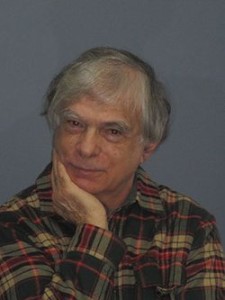 Jeffrey Von Glahn, Ph.D., has been a psychotherapist for 45 years. That experience has been, and continues to be, more exciting and fulfilling than he had ever imagined. Whether it’s the first session with a new client or the hundredth one with the same client, this intimate way of engaging with another person continues to have the same mesmeric appeal for him it has always had. On occasion, he has been known to suddenly exclaim, “If I believed in reincarnation – which I don’t – but if I did my fondest wish would be to come back as a therapist.”

What has been especially rewarding for Jeffrey – as he prefers to be called – is when he’s been able to help someone reconnect with a “lost” part of their basic humanness. That’s when he feels he’s helped to give birth to a new human being. He doesn’t mean that literally, of course, but there’s no other way of explaining how he feels when he’s seating face-to-face with someone and he sees such a dramatic change.

And even after all these years, each client presents another opportunity for him to learn more about psychotherapy, and to learn more about how to help someone regain contact with a part of his or her basic humanness that fortuitous events from earlier in life had secreted away for safe-keeping. What makes it all an especially significant experience for Jeffrey is that he gets to use all of his intellectual skills and all of his basic caring instincts at the same time.

Jessica: The autobiography of an infant (Non-Fiction/Biography) 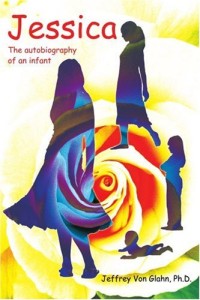 Jessica had always been terrified that the unthinkable had happened when she had been “made up.” There was no other reason she could think of for what she experienced when the words “I need” and “I want” escaped from her mouth. For her, it was as if an alien presence was moving her mouth and speaking for her. At the same time, thoughts raced around in her head so fast her mind felt like it was about to dissolve into chaos. When all of this happened, a plastic calmness immediately settled over her face, as it always did when she felt upset, and particularly so when she felt very upset.

Jessica lived with the fear that one day someone would discover that she was actually an alien being who was inhabiting a human body. She decided that the best way to prevent that was to act as if she really was a needing, wanting human being. Without hesitating a second in any situation, Jessica did whatever was expected of her, and in a way that wouldn’t upset anyone and keep her as inconspicuous as possible.

Jessica was certain what would happen if her secret ever leaked out. Strangers would suddenly surround her and, with arms raised and fingers pointed directly at her, shout “Imposter! Imposter! Here’s the imposter!” Before she knew it, she’d find herself in court and quickly found guilty of impersonating a real human being. The next day’s headlines would surely read: SCIENTISTS GATHER TO EXAMINE ALIEN IMPOSTER.

Jessica’s story would never have been told if she had not made a bold proposal to radically alter the pace of her therapy. When many months of sessions with her therapist, Dr. Von Glahn, seemed to have reached an impasse, she asked for four hours of therapy in a day for several days a week in hopes of a breakthrough. Within a few sessions, she started to remember experiences from the earliest days of her life that had made her feel terrified of being herself.

During that time, when every minute should have been filled with exciting discoveries about herself and her world, she rarely saw a smiling face, or experienced a soft caress, or heard a tender voice, or felt her body being handled in a gentle way. In many of the events that Jessica remembered, her mother’s inattentive, hurried behavior made her feel that the needing, wanting part of her – the “I” part – was “dangerous” and that for her own survival she “had to stay away from it.”

For Dr. Von Glahn, Jessica’s therapy was the most challenging, the most profound, and ultimately the most personally satisfying experience he has encountered in forty-five years of practice. If someone had explained to him ahead of time the actual nature of Jessica’s problem, he would not have believed that it was possible for it to have started so early in life. Today, Jessica is an articulate spokesperson for the emotional well-being of infants.