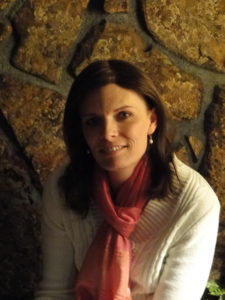 Jenifyr Kaiser began reading science fiction and fantasy as a young girl and was always fascinated with the way authors like Ursula Le Guin, Elizabeth Moon, and Terry Brooks could conjure whole worlds from their imaginations.

She believes that through the medium of the written word, young minds can be shaped and inspired. She primarily writes young adult stories with strong female protagonists in the hopes of empowering young women to realize their strengths and overcome adversity. Of course, it never hurts to be entertained along the way!

Jenifyr resides in beautiful Colorado with her wife and two crazy dogs. She spends her days sipping coffee, staring out the window at her lovely garden, and pounding away at her keyboard like mad to bring her worlds and characters to life. 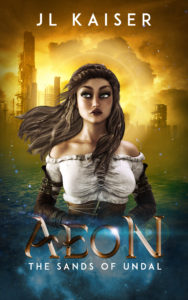 Life in Absolution is hard, especially for an Ata’ali slave, but someone has to mine the ore that keeps the human ships flying across the stars. Caiia Shadi was born a slave and, as far as she knows she will probably die one too. But when events force her to flee into the vast and dangerous Undaala Desert, she learns that a different destiny awaits – if she can survive.

In the desert, Caiia faces deadly storms and nightmarish creatures but something has awoken within her — abilities that allow her to manipulate the world around her in new and terrifying ways.

But her awakening has not gone unnoticed.

Void Seers of a brutal cult known as the Creuxian Order have felt the ripples of her power across the vastness of space and time. Now they’re coming for her. To defeat them she will need to learn control over her newfound abilities. The fate of the planet, her people, and the whole universe depends on it.