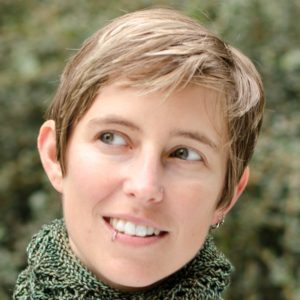 Jessie Kwak is a freelance writer and novelist living in Portland, Oregon. She writes character-driven sci-fi and fantasy with a liberal dose of explosions, gunfights, gangsters, and dinner parties. (Somewhat autobiographically, Jessie’s characters tend to be fans of delicious food and spirits.) She likes to make her readers laugh.

When she’s not writing B2B marketing copy or scribbling away on her latest novel, you can find her riding her bike to the brewpub, road tripping with her husband, or sewing her own clothes. Her current white whale is tailoring the perfect three-piece suit for herself. 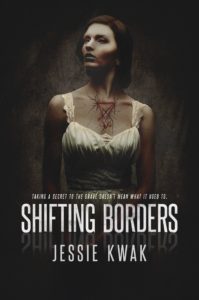 When a resurrection goes awry in a cold Seattle cemetery, mother-of-three Patricia Ramos-Waites finds herself possessed by the ghost of her sister’s dead lover—and the target of a ruthless drug smuggling gang who are desperate to get their hands on the ghost she’s hosting.

As Patricia struggles to understand both ghost Marco and the danger she’s now in, she realizes this may be her only shot to heal the decades-old rift between herself and her sister. 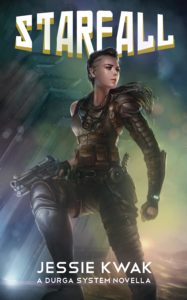 Starla Dusai is fifteen, deaf — and being held as an enemy combatant by the Indiran Alliance. Willem Jaantzen is a notorious crime lord about to end a fearsome vendetta — and most probably his life. When he learns his goddaughter has been captured by the Alliance, will he be able to save her? And her, him?

STARFALL is the first book in Jessie Kwak’s Durga System series, a fast-paced series of gangster sci-fi novellas set in a far-future world where humans may have left their home planet to populate the stars, but they haven’t managed to leave behind their vices. And that’s very good for business.