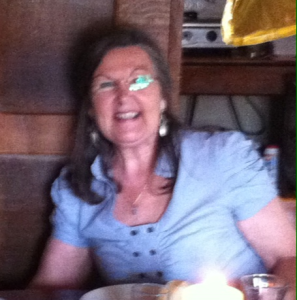 The author was born and bred in Birmingham, UK; the daughter of a policeman and a shop assistant. She attended Swanshurst Girls’ Grammar School where, in her final year, she was made Head Girl.

She then spent four years commissioned in the Royal Air Force, winning the coveted Sash of Merit.

She gained a first class honours degree in Music, Philosophy and Education and was awarded the University Prize for achieving the highest marks.

She then began a teaching career which lasted 33 years. After 5 years teaching she achieved an MA in English Literature. Her last teaching post in the UK was at Worth School, an independent, Benedictine School in West Sussex.

In January 2004 she visited Petra, Jordan. She experienced such a visceral response to the land and its people that she resolved to live there. From 2004-2006, she was appointed Head of English at the International Community School in Amman. On retirement in 2006 she remained in Jordan and spent the next six years living in the village of Um Sayhoun with the Petra Bedouin.

Living With Arabs: Nine Years with the Petra Bedouin (Non-Fiction/Travel) 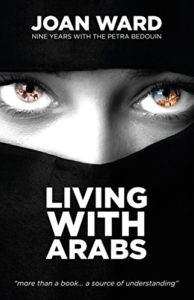 Horrendous news from the Middle East fills our newspapers and screens every day. How can we begin to understand what drives people to treat each other as they do? “Medieval” is a word often used. Well-informed commentators analyse political and military issues but give little insight into the cultural and domestic backgrounds of the protagonists.

LIVING WITH ARABS is an account of nine years spent visiting and living among the Bedouin tribes of Petra in Southern Jordan; in some ways a world away from the neighbouring war zones. Through insightful accounts of day-to-day life, a world of nobility and simplicity is revealed: so too is a world of violence, gender imbalance and the significance of Islam.

It is a story that begins through rose-coloured spectacles and moves to a realisation of the grittiness of the reality. The shocking, the funny, the heart-warming – they are all here. 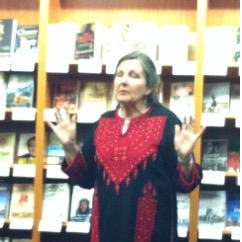