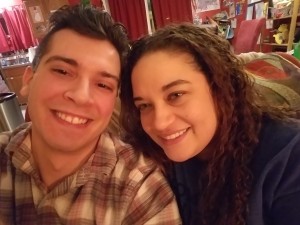 Since John was a kid, his favorite movie has always been The Wizard of Oz. As he got older, he and his brother developed an affinity for the horror film genre, always looking for the next great thriller. Knowing of his love for both horror and Oz, John was introduced by his friend, Nicole Delgado, to the Dorothy Must Die series by Danielle Paige, a dark Oz thriller he found absolutely amazing. After reading through the series, and intrigued by the backstory and characters used from the original stories, John went on to read the original fourteen books in the Oz series by L. Frank Baum. After noticing his increased interest in everything Oz related, Nicole, having already published a book, posed an unexpected question. If you could write a book, what would it be about? One immediate idea came to mind: John’s own dark and twisted version of the Wizard of Oz.

John has always enjoyed a good storyline filled with plot twists and surprises. Following in the footsteps of some of his favorite movies (Fight Club, Inception, Oculus, and Shutter island), shows (American Horror Story, Black Mirror, Breaking Bad, and Gotham), and video games (Bioshock, The Darkness, Half-Life, and Portal), John was inspired to create a story that would also keep within his idea of a perfect horror story: something dark, twisted, and completely unexpected. And as a fan of the villains from the Batman and Spiderman comics, John knew his story needed a villain that would keep the story interesting.

With the twisted story ready to be written, John and Nicole began collaboration to on their first book in a whole new dark Oz series. Out of respect for the original series, and being a huge proponent of keeping true to the originals, John created his ideal story, Oz Will Fall: The Royal Marriage. But as much as he stayed true the original, that didn’t stop him from breaking from the classics to bring is own dark aspects to the story every chance he could. After all, what fun is it to create the ultimate villain if you can’t break a few rules? 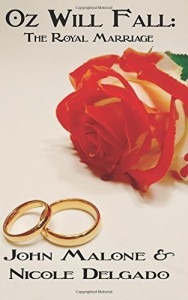 Long ago the Land of Oz was ruled in fear of the evil sisters, the Wicked Witches of the East and West. Their reign of terror seemed endless, their power unstoppable, until the day Dorothy Gale arrived on the tail of a cyclone and freed the people of Oz from the wicked once and for all.
Years have passed since the fall of the wicked, and Oz now sits under a new ruler, an honorable queen who has brought peace throughout the land and unity to the four quadrants. But in order to protect the land of her ancestors, and to ensure that the past can never be repeated, magic has become restricted. Those privileged to use its power must be trained and monitored.
Dorothy is all grown up and entering a new chapter in her life. Having returned to Oz years before with her family to make a new life for them all, Dorothy, now crowned Princess of Oz, is finally getting her fairy tale ending. But in order to be the Princess that Oz needs, Dorothy will have to learn the true power of the ruby slippers.
But as with every new beginning, there comes an end.
Deep in the shadows a new evil is lurking, more powerful and dangerous than anything Oz has ever faced before. A new and unsuspecting evil that will tear Dorothy’s life apart in ways she never could have imagined.
Loyalties will be tested. Friendships will end.
Will Dorothy be able to defeat the rising evil?
Can she trust those closest to her?
Everything will change because Oz Will Fall.