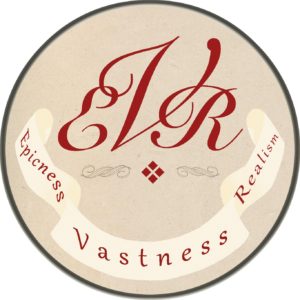 An active imagination has been Joshua’s lifelong companion, and it was often too strong for him to control. He eventually discovered an affinity for writing and began using it as an outlet that allowed him to control his imagination instead of letting it control him.

His writing grew from a simple outlet into a means of figuring out this world and the people within it. He discovered that the complex motivations driving people are easier to understand once they are broken down and fictionalized, and this became the core of his writing method.

The themes explored in his current books are a direct result of this desire to learn and understand, such as the question of whether or not there ever comes a time to stop fighting for what we believe. He also explores how we perceive good and bad in people, the power of the individual, and what actions are acceptable in the pursuit of our goals.

He has self-published three books: Triumphant Empire, Revolution, and Total War, all of which are currently available on Amazon.com. These are the first three books of The S.T.A.R. Chronicles, which stands for Surrender Today or Adamantly Resist, and he hopes to have the fourth published by Fall 2018. 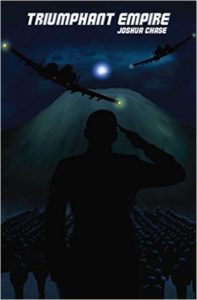 One hundred years of war are finally coming to a close. The conquest driven Ordeon Empire has pushed the freedom loving Vehlan Union forces into a single bunker on their homeworld of Vehla. Even after a year of fighting, the valiant Union soldiers continue to defend this one remaining base against the relentless imperial attacks. Defeat is inevitable, yet still they struggle, hoping against hope for some miracle to save them and their nation.

The miracle does not come and the empire finally takes the base in one last attack. However, hope endures, as at least two-thousand soldiers are able to escape the base and the planet before the imperial forces are able to stop them. With everything they had sworn to defend either destroyed or under imperial control, these remaining union soldiers are now faced with a choice. Will they continue to fight, or will they lose faith entirely and go their own ways.

Of course they inevitably remember that freedom is always something worth fighting for, no matter the cost. Even if they have to work with pirates, and be branded criminals themselves, they will continue to fight for as long as it is necessary, or until they are unable to fight any longer.

One side believes it is the only hope for a bright, prosperous future for humanity. The other believes that each individual should be free to choose his or her own future. Which will reign victorious? 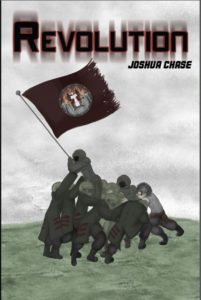 The time for running and hiding is at an end. The time for standing and fighting has come.

Succeeding in convincing the Ordeon Empire of its destruction, the Pirate Confederacy decides that it is time to begin its resistance movement in earnest. Not yet powerful enough to take on the empire directly, Red Sam Tyquese and his pirates start a rebellion within the empire’s slave population.

At the same time, Colonel Leon Tyquese works to recruit other nations to their cause. The task is not an easy one, as centuries of warfare between the Vehlan Union and Ordeon Empire have left the other nations disgusted with both sides. They have ignored the problem of the empire’s tyranny, but they can do so no longer.

Meanwhile, the empire continues its expansionist plans. Primary Max Canza prepares the military for the next push. Using shrewd diplomacy and minimal force, he works to bring two more nations under the imperial yoke.

Tyranny never prevails forever, but for it to be stopped it must first be fought. Heroes will rise, but they cannot fight alone. Will anyone stand with them? 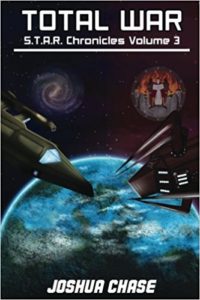 War has come, and none can avoid it for long. Stronger than it has ever been, the Ordeon Empire will not yield – to anyone. Secure in the knowledge of the rightness of its cause, the Galactic Confederacy refuses to stand down.

Leon and Sam Tyquese have won a great victory for the confederacy, but many battles await. They command an army ranging from former slaves and pirates to professional soldiers and elite warriors. Do they have what it takes to defeat the monolithic empire?

Max Canza may have suffered a defeat, but now he sees the true face of his enemy. He commands vast legions of highly trained soldiers and personally leads into battle the most elite legion of them all. Will he manage to destroy the ragtag confederacy?

In the greatest war humanity has ever seen, all nations must choose a side or be destroyed.

Meanwhile, yet another force, long forgotten by both sides, perceives its time has come and makes its move.