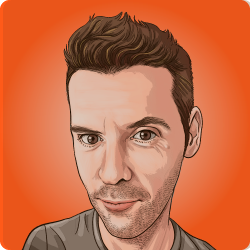 Keith is an indie author from Hampshire in the UK. Inspired by a mid-life crisis, he started writing in 2016 with his debut novel, The ’86 Fix. The initial success of that novel has inspired Keith to write a follow-up which is due for release in March 2017.

Away from writing, Keith runs a web marketing company which helps small businesses with web development and online marketing. He is married to Teresa and has two teenage children whose sole aim in life appears to be bankrupting their father.

Keith is a long-term fan of Aldershot Town Football Club; a curse inflicted upon him at the age of twelve by his elder brother. Whilst his school friends were supporting the likes of Manchester United, Chelsea and Liverpool, Keith kept his dark secret for fear of ridicule.

When he’s not watching his favourite football team lose, his other passions in life are going to the gym and stomping across the countryside with the family dog, Gizmo, who isn’t very bright. 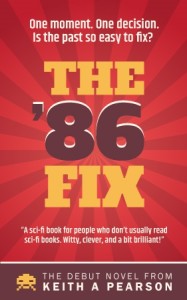 Imagine if you could travel back in time and relive one weekend as your sixteen year-old self — would you change anything?

Everything wrong with Craig Pelling’s life can be traced back to 1986 and the moment he popped in to a newsagent for a can of Coke. Now in his mid-forties, all he has to look back on is twenty-five years of marriage to a woman he doesn’t love and an unfulfilled career selling electrical goods. He could have been so much more, achieved so much more.

But as bitter as Craig feels about his mundane existence, fate hasn’t finished with him yet. A series of unfortunate events pushes the hapless Craig to breaking point as his life crumbles around him. All looks lost until he’s thrown a lifeline — the miraculous lifeline of a brief trip back to 1986, to relive one weekend as his sixteen year-old self. Will he be able to change his future for the better? Is it as simple as just reverting one decision he made over thirty years ago?

Craig is about to find out.