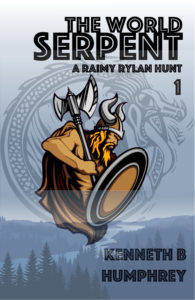 Demons roam throughout reality. They burrow into the myths and legends of our history, creating destruction wherever they go.

Only three young heroes stand between us and the demons: Raimy Rylan, his shy cousin Piper and their wild friend Hadley. Together these three friends travel into the depths of legend, hunting and capturing and protecting us from harm.

Now they face one of their toughest challenges yet. Jormugand, the world serpent, has emerged in the 10th century Viking era, intent on igniting a war that will spell the end of the Norse gods and all of the Nine Realms.

Raimy and friends must travel back in time to hunt him down, fighting against berserkers, monsters and even each other.

Can they beat a demon strong enough to bring on the doom of the gods? 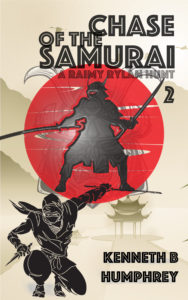 Raimy, Piper and Hadley have returned from their last adventure, barely escaping the World Serpent. But there’s no rest for these young heroes. Uncle Abe has found another demon, in ancient Japan. The three kids must travel to the land of the samurai and ninja assassin. Their mission: Stop the eight-headed demon Orochi from opening a door to the underworld, releasing an army of undead. However, things start off bad and get worse from there. Piper is separated from the other two, alone and lost in a strange place. But that’s not all. She’s trapped in the house of Orochi. Can she evade him and stay alive? Will Raimy find her before the demon does? And what kind of trouble will Hadley cause this time around? 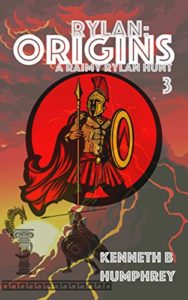 First, three young heroes prevented the serpent Jormugand from bringing doom to the Norse gods.
Then, they stopped the eight-armed demon Orochi from releasing the undead on earth.
Now, see how it all began. Go back and learn how Raimy discovered his destiny. Read about his first Hunt, with his father Ben. Find out how – and why – Hadley came into the group.

A demon has possessed Hephaestus, the Greek god of fire and invention. Deep in the heart of a volcano, the demon toils, intent on creating the staff of Agamemnon. For whomever holds the staff can control entire armies. So Ben, Piper and Raimy jump back to ancient Greece. Their goal: Steal the staff before it falls into demon hands.
Can they evade the traps set by Hephaestus? Will they catch the demon and get the staff? What if they come across other gods? And what happens to Ben in the end?​

Killing the Man: The Killing Arc, Book I (Thriller) 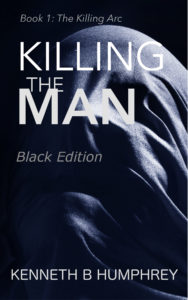 It starts with the violent murders of three white upstanding professionals; three crimes stark in their symbolism. The first victim is hung from a tree, iron shackles around his neck and wrists. The second is burned alive in a white hood and robe. The third, staked through with a wooden cross.

Someone is sending a message, one that calls back to a dirty time in our nation’s history, but what does it all mean? Rick Killing has no idea. He’s a man of failed promise who let his life slip off track and now only wants to get his own house in order. But as the murders continue, he finds that the focus is on him. Why? Is he the next target, or the next reason?

To answer those high-stakes questions, to reclaim the life he wants, Rick will have to go straight through men with plans for a new, mad world order; men who kill for cold purpose. It ends with a challenge to everything Rick has ever held close and a threat to the lives of those nearest to him. 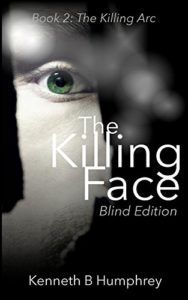 In 1999, Detective “Arch” White – young, black and proud – walks into the Chicago Police Department as the victor in a discrimination lawsuit to earn his badge. His motivations for engaging in such courtroom tactics are hidden underneath the surface, personal and intense. The champion for his cause was Noah Bell, the man who would bring harmony to a racially segregated city, a saint working to make the world a better place for black, white and everyone in between.

But when Bell is found murdered, the victim of a vicious gang beating, Arch is handed his first case. He owes Bell justice, to prove that a great man was not killed by the very people he served. The rookie detective plunges forward, and in the process uncovers a hidden plot to which Bell served as a mere pawn.

His hunt for the truth will bring him into the orbit of others intent on changing the world for the new millennium. And these people like to kill in specific and spectacular ways.​