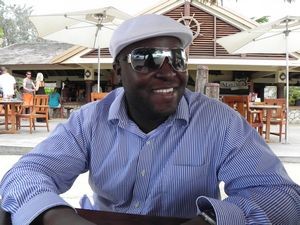 Kipjo K. Ewers was born July 1, 1975. At an early age, he had an active imagination. By the time he started kindergarten he would create fictional stories, one of his favorites was about a character named “Old Man Norris” who hated everyone in the world except for him. When Kipjo attended our Lady of Victory Elementary school in Mount Vernon, NY he continued writing and reading stories to his classmates. His teacher, Mrs. Green, told him the children would laugh. However, she would remind Kipjo that this is how some of the great stories they read actually came about so don’t let what others think deter him from continuing to write.
After elementary school, Kipjo was enrolled at Salesian High School in New Rochelle, NY. He would continue his education at Iona College majoring in English and Business Administration.
A career in the corporate world awaited Kipjo after college. He worked for several major firms within the New York area, but his passion was always to be a journalist/writer.
In 2012, Kipjo began creating a new superhuman universe. Finding inspiration and solace in the loss of his first daughter due to an unfortunate miscarriage that devastated both his loving wife Jacquelin, and himself; he began writing a hero origin story now titled The First. He created a world for his daughter where she not only lives, but is the strongest superhuman in the universe.
He hopes to continue her story as both a novel and comic book series. 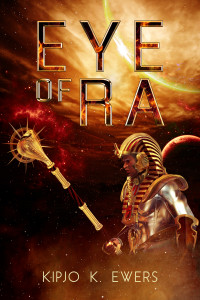 Before The First, there was the Eye of Ra.

Laurence Danjuma was a young man on the straight and narrow with hopes and dreams of making a better life for himself and the father who raised him. Fate and circumstance had a different idea in mind, breaking not just his body, but his will.

Now on the brink of death, an ancient power within his family’s legacy awakens to both save his life and place him on the path to his destiny.

As Laurence unlocks secrets about his true bloodline, he will stumble upon a dark one that will not only put his life on the line again, but also that of the entire human race.

Will Laurence find the strength to take up the mantle handed down to him in order to stand against the looming threat that could bring about the extinction of every single human on the planet Earth?

Can he be the hero he never expected to be?

From the mind of Kipjo Ewers, author of The First and EVO Uprising, comes another chapter in the EVO Universe lore.

Prepare for action and adventure that is not only out of this world, but on a god-like level.

The anticipated wait is over …

Here comes … the Eye of Ra 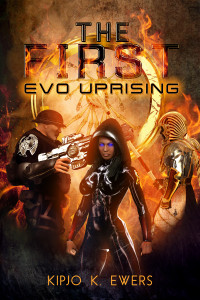 Seven years after the Judgment Virus also known as the EVO Virus infected the planet, a portion of the Earth’s population of humans has died, while another portion has received powers and abilities. Superhumans now walk the Earth and are the norm. Some use their abilities for good taking up the mantel of heroes, others for evil becoming villains, while others join and form superhuman military units within their respective countries building towards another possible Cold War.

Sophia Dennison, the first and most powerful superhuman on the planet, who inadvertently changed the world, is unable to fit in with the race she was once a part of, and unwilling to embrace the race she created.

Living a life of semi-isolation she uses her power and abilities to help people as she sees fit taking no mantle. However a new threat to the planet will force her to not only confront several spectrums of her past, but her possible destiny.

Introducing the sequel to the action packed novel titled The First, Kipjo Ewers brings you deeper into the new world of the EVO Universe where you either EVOLVE…OR DIE…

Get ready for the UPRISING… 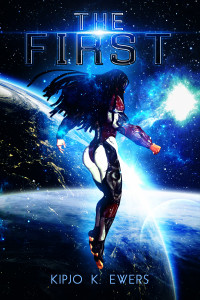 She wanted to raise a family with the love of her life, and further her medical career as an up and coming surgeon in neurology.

Instead she was handed a shattered world as she was convicted and sentenced to death for the brutal murder of her husband.

After lingering four years on death row, Sophia takes her final walk in the Mountain View Facility in Gatesville and is put to death by lethal injection at 12:00 AM midnight.

Several hours after her execution FBI Agent Mark Armitage arrives at the Mountain View Unit investigating a serious disturbance that has occurred at the prison.

Upon arriving he finds the prison a warzone. After being debriefed by his friend and partner Dustin Mercer, he views the video tapes and finds that the source of the destruction is actually Sophia who was executed several hours before his arrival.

Footage reveals seven minutes after her execution, she miraculously resurrected breaking free of her bonds and overpowering several guards before being viciously gunned downed dying for a second time.

But Mark Armitage remembers what his partner just told him….

Sophia Dennison actually escaped, and is now on the run….

The hunt is now on for the first actual superhuman.

Introducing an entirely fresh approach to superhero storytelling with an origin story that will rival all past origin stories, containing a hero readers have been waiting decades to discover and characters that will enthrall readers from the beginning to the Earth shaking end.

Be the first to read The First and enter the EVO Universe! Evolve…or die….”