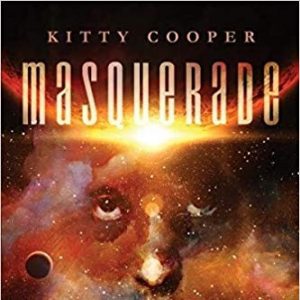 Kitty Cooper is a retired teacher living in a small rural town of the edge of Dartmoor in Devon, England. She became fascinated with the world of science fiction while watching it on TV with her father.

Fantasy, sci-fi and detective novels have dominated her reading material from her early teens until now. While teaching in Plymouth, she briefly studied astronomy with the Open University. She has followed every space mission NASA sent up and has continued her interest in space and the newly discovered exoplanets ever since.

While revising her first novel she joined an online critiquing site to improve her work. In summer 2013, Kitty discovered she was dyslexic due to her daughter being diagnosed at University. She now uses text reader software to help edit her work.

She joined a local writing group in her home town in Devon in 2016 and continues to be a member. While part of this group, she took part in “Write Adult Fiction” course online.

When not writing she enjoys travelling to different countries and long walks on Dartmoor with her dog.

Her first self-published novel, Masquerade, is the first of a series of sci-fi/detective books called the Guardian Chronicles. 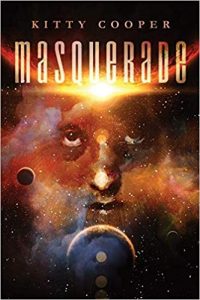 When Mikim Var arrives at the slave fair at Trhaarn there is only one thing on his mind; that he be bought by the right person. His future depends on it, as does the future of an unknown potential victim of a serial killer, and the political stability of the planet he is on.