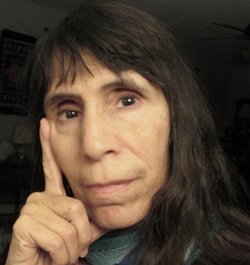 L. Woodswalker is an electronic musician, graphic and visual artist, and DIY crafter. She has read and written science fiction for several decades. She is fascinated by the wonders of science, nature and the cosmos. If she is not creating something, she is usually outside hiking, listening to trees or watching thunderstorms. 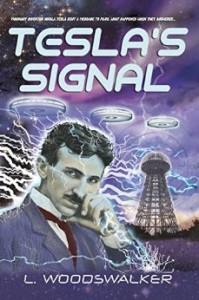 Electric Wizard…Mad Scientist…Public Enemy Number One!
Visionary Inventor Nikola Tesla has a unique affinity for electric current…he can visualize the unseen…he speaks with beings of light.
Then things start to go wrong–and “mad scientist” Nikola and his brilliant colleague Clara must go on the run from alien captors and human authorities alike. They seek a refuge where they can develop their futuristic defenses against the “Martians”. Nikola must learn to tap into his cosmic abilities and face his own demons: his phobia of germs, touching and love. Eventually they must return to a devastated New York City, where they will face the alien invaders in the final battle for the fate of humanity. 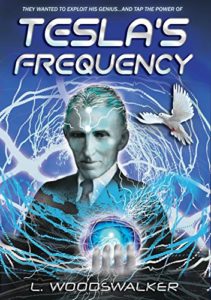 Another historical sci-fi epic by the author of ‘Tesla’s Signal’!
Electric Wizard Nikola Tesla gave power to the world. Now retired, he dreams of harnessing the energy of the Cosmos and ensuring world peace.
Yet ambitious men scheme to use his genius for their own ends.
A cult arises in a remote mountain town, heralding the arrival of the Space Queen. A mystical artifact emits a hypnotic frequency. The sinister Eagle Talon Brotherhood seeks to compel Nikola to build his Death Ray for them. Their aim: to join forces with Adolf Hitler and enslave the human race!
Who can stop them…except elderly Nikola, a mysterious orphan girl…and a white pigeon?