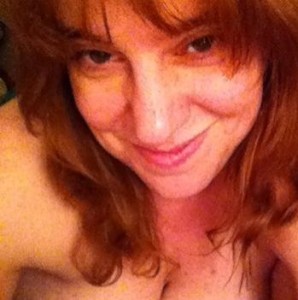 Lady Ristretto is a pseudonym, and spent the beginning of her career writing under her real name and as a playwright. She has a BA in English from UCLA and an MFA in playwriting from Southern Illinois University, Carbondale. Her first book, Dying in Pleasure, had been a full length play that was rejected as her thesis play: the professors on her committee felt it was too misogynistic and violent for undergraduates to stage. Always stubborn and obsessed, Lady Ristretto spent years rewriting the play into a novel and has recently published it as an ebook on Amazon and Nook. Lady has recently become obsessed with cricket and deeply wishes America would form a formidable team which is worthy to compete in the World Cup. 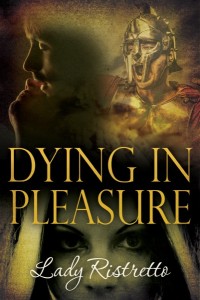 Lucia, the daughter of the richest family in Pompeii, disappears one night. The mystery goes unsolved and life moves on. The lives of Pompeii’s citizens intertwine: Ibis, a prostitute running the whorehouse owned by the Aedile, a city official, gets murdered by his wife Lucy. Lucy falls in love with Narcissus, the most treasured gladiator in Pompeii. The Aedile’s daughter, Julia, marries Rust, the man suspected to have murdered Lucia. Maro, Lucia’s slave, holds the families together and eventually discovers Lucia when she reappears in Pompeii twenty years later, and as a witch. The events in Pompeii converged and lead to its ultimate, inevitable destruction. Only Lucia can help the city and save lives. In a ceremony requiring possession by a god, murder, and necromancy, Lucia discovers what is going to happen. But not everyone manages to get away. Dying in Pleasure brings to life the long dead city of Pompeii, showing its citizens as vibrant, eccentric pleasure seekers. History, pain, violence and ritual blend in a pansexual orgy that is both exciting and extreme from beginning to end.