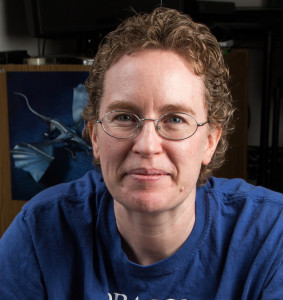 Lee French lives in Olympia, WA with two kids, two bicycles, and too much stuff. She is an avid gamer and member of the Myth-Weavers online RPG community, where she is known for her fondness for Angry Ninja Squirrels of Doom. In addition to spending too much time there, she also trains year-round for the one-week of glorious madness that is RAGBRAI, has a nice flower garden with one dragon and absolutely no lawn gnomes, and tries in vain every year to grow vegetables that don’t get devoured by neighborhood wildlife.

She is an active member of the Northwest Independent Writers Association and the Olympia Area Writers Coop, as well as being one of two Municipal Liaisons for the NaNoWriMo Olympia region and a founding member of Clockwork Dragon Books. 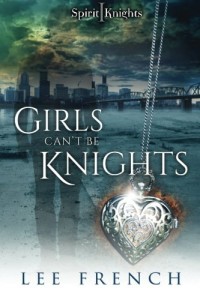 Portland has a ghost problem.

Sixteen-year-old Claire wants her father back. His death left her only memories and an empty locket. After six difficult years in foster care, her vocabulary no longer includes “hope” and “trust”.

Everything changes when Justin rides his magical horse into her path and takes her under his wing. Like the rest of the elite men who serve as Spirit Knights, he hunts restless ghosts that devour the living.

When an evil spirit threatens Claire’s life, she’ll need Justin’s help to survive. And how could she bear the Knights’ mark on her soul? Everybody knows Girls Can’t Be Knights. 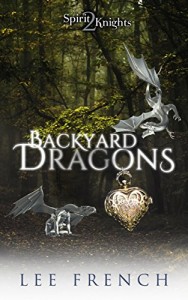 Portland has a dragon problem.

Sixteen-year-old Claire has recently became a Spirit Knight, and she wants to know everything she can about the job. She desperately needs training, and Justin – her restless Spirit Knight friend – is the only one who can help her. But between his demanding young daughters, his sarcastic horse, and the recent loss of his own mentor, he has no time for her. No one told him adopting an apprentice would devour all his free time and dredge up the past.

Urban ghost fantasy full of magic and breathtaking adventure!
In this sequel to Girls Can’t Be Knights, Claire and Justin face dragons, ghosts, witches, echoes, and memories. Their survival and the fate of Portland may depend on Justin’s intellect. They’re doomed… 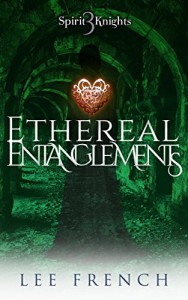 Portland has a Knight problem.

Now that the Spirit Knights’ demesne has accepted sixteen-year-old Claire into the order, she only has to convince all its Knights she belongs. Forced into a test to prove her worth, she discovers more than anyone wants her to.

Meanwhile, Justin runs around playing janitor. He made some big messes. Cleaning them up puts him on a new path, one he never imagined his future could hold. All on Thanksgiving.

In this third installment of the SPIRIT KNIGHTS series, Claire thinks she knows what must be done to save herself and the world from the plague of ghosts the Spirit Knights leave behind.

If she’s wrong, there may be nothing left to save. 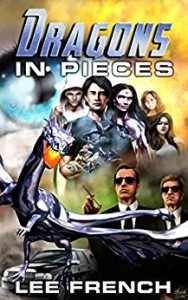 All Bobby wanted was a girl to come home to after a hard day of work. Like the last one said before she left, he was going exactly two places – no and where – and he was happy with that. But somebody had other plans for him. A murder. The Terrorist Watch List. For what? Underage drinking? Things couldn’t possibly get worse. Right?

Oh yes, they could.

He wouldn’t believe superheroes were real if he wasn’t one himself.

Tiny robot dragons send him chasing his humanity and his future, on the trail to discovering his past and a place to call ‘home’. If he’s lucky, maybe he can get a beer there. 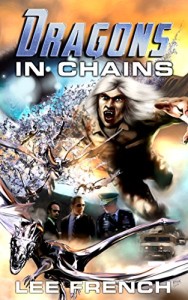 Everyone got comfortable. It was understandable, really: soft beds, good food, contentment. Not for Bobby. Together with Stephen, he’s shaking off the torpor and getting into bed with Privek – nothing is out of the question to find the lost eleven. Will the Vampire-Dragon Inquisition turn out to be something no one expected? Or is the mysterious agent still fifteen steps ahead of them all?

A warlord, a cruise ship, a splashdown, oh my. Dragons In Chains continues the story begun in Dragons In Pieces, taking Bobby to new places, new depths, and new buffets. 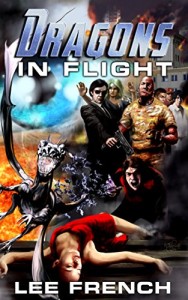 It all comes down to this. Bobby has to find the girl, save the woman, wake the team, stop the disaster, open the door, and eat the partridge in a pear tree. Not even Head Cowboy can do it all alone. Like it or not, he needs help, and the only places he has left to look for it are the unlikely ones. 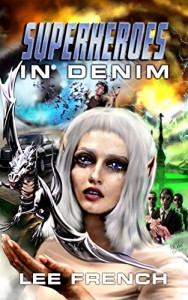 Bobby Mitchell has a dragon swarm sized problem. Framed for a murder he wanted to commit, his life takes a turn for the desperate–and weird. His biggest problems used sound like a country song. Now, he hangs around with a vampire, werewolf, ice queen, and more.

On the run for his life from mysterious men in black, Bobby faces his fears, his limits, and his worst enemy: himself.

This volume contains the entire Maze Beset trilogy: DRAGONS IN PIECES, DRAGONS IN CHAINS, and DRAGONS IN FLIGHT. Exclusive bonus content delves into the minds of characters beyond Bobby and Liam to show how all these people get along–or fail to.

The Fallen: The Greatest Sin #1 (Fantasy) 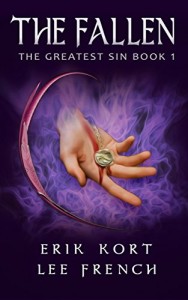 For hundreds of years, the Blaukenev clan has wandered across Tilzam, from one end to the other and back. Each wagon carries history, love, laughter, pain, sorrow, and secrets. Their greatest secret of all may be Chavali, the clan Seer.

With her gift/curse, nothing surprises her anymore, no one keeps secrets from her. She, on the other hand, has more than enough secrets to keep. Secrets of her own, secrets of her clan, secrets of the world, secrets she even keeps from herself.

There are always people who want secrets.
Some will do anything to get what they want.

The Fallen is the foundation of the story of The Greatest Sin, of a world adrift from its God that desperately wants Her back. Chavali’s comfortable, predictable life will be ripped apart and burnt to ashes as she’s forced into the middle of that struggle. Change, she hates it passionately. It hates her right back. 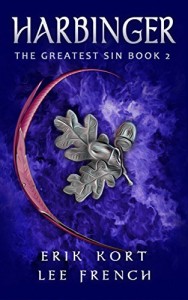 Adjusting to her new life as a soul-bound agent of the Fallen has Chavali pushing herself harder than ever before. Between learning to fight, dealing with idiots, and climbing stairs – lots of stairs – she has little time to waste on thoughts of the future. Or the past.

When another agent fails to report in, Chavali is sent on the mission to discover her fate. Ready or not, she saddles up for a new adventure with new dangers.

The search takes her to Ket, a coastal city slathered in mystery. There, she faces ghosts from her past and demons of her future as she seeks answers. All she seems to find are more questions.

Plague, murder, lies, espionage…this city harbors much more than meets the eye, and maybe too much to handle. 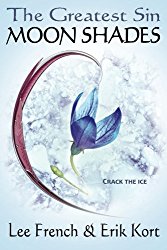 An avalanche begins with a careless word.

Chavali’s notorious temper continues its downward spiral as the long winter keeps her trapped underground among the Fallen. One little rumor flung thoughtlessly in her face sets off a cascade of events that pulls her into a clash far bigger than the usual petty squabbles.

Unexpected snarls in a tedious assignment turn the tiny village of Eagle Falls into a monstrous pain in the ass. A frozen body dangles from a tree. Restless spirits gnaw at Chavali’s mind. As the lies pile up in drifts, she finds herself hunting for truth on behalf of allies she never asked for.

The Seer takes care of her clan.
These days, “clan” has an ever-expanding definition. 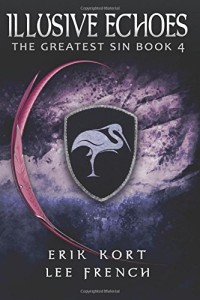 Spring brings warmth, sunshine…and unexpected tragedy, as Chavali loses a hard-won friend under suspicious circumstances. Just in time to help her ignore her pain, a new mission to find the agent’s killer – and recover his precious cargo – sends her to Harbor City, the jewel of North Cascain. A place nearly as insular as Chavali herself. Illusions, betrayal, and murder sweep her away from her goal and into a sea of intrigue. Between a disturbing drug, a deadly gang, and mysterious abduction, Chavali finds her hands suddenly full with multiple connected crimes…not to mention the dangers posed by her own personal secrets, demons, and spirits. This time, even her sharp wit and clever lies might not be enough to save her…or anyone else in Harbor City. 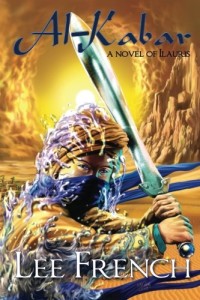 Without a Sultan, corrupt Fire Dancers and their pompous Caliphs abuse power and wage fruitless wars across the parched sands of Serescine.

Fakhira wishes her family could afford to solve their problems with magic. Sometimes, wishes come true. In the worst possible way. A simple peasant, she’ll have to find the strength to survive and shoulder her fate before the desert is bathed in the blood of innocents.

The Fires blaze in dozens of wild, capricious Dancers.
The Waters anoint only one champion, one Al-Kabar to serve–and save–the people of the desert. 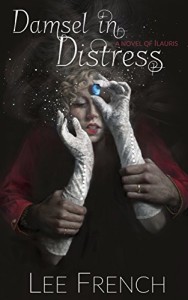 Given the burden of safeguarding a precious treasure at a tender age, Sabetia is placed squarely in the middle of a fantastical legend. Swords, demons, magic, a curse: it has everything a great epic tale should. All she needs to do is face the danger that could threaten the world if left unchecked. If only it were so simple. A hero could solve this problem, but she doesn’t happen to be one.

A good wife is obedient, patient, obedient, quiet, obedient, doting, and above all, obedient. Sabetia was raised to be a good wife. It makes her perfect prey, a perfect damsel in distress. 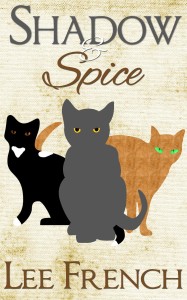 Shadow is no ordinary cat. He’s a familiar, bound to the soul of his pet human. The binding gives him brains and a pawful of tricks to use them. He’s got the night to himself in this short story, and makes the most of it, getting into trouble like only a cat bonded to a vigilante spy can.

Along the way, he meets Pepper and Saffron, two lovely ladies he isn’t quite sure what to do with. Saffron is smart, Pepper is enthusiastic. Maybe it’s time to settle down and have kittens? Or maybe he’d really rather just thwart a kidnapping and get his human to clean up the aftermath. 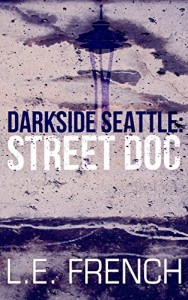 On the run for a crime he committed, Hideo has only the shirt on his back and memories of a beautiful wife, a great job, and an exclusive view from his bedroom. The once-respected surgeon has to learn to live on the streets of Darkside Seattle, a place no one sane wants
to go and no one stuck there can leave.

His skills can keep others alive, but he’s never dodged bullets before.

Working the Table: An Indie Author’s Guide to Conventions (Non-Fiction) 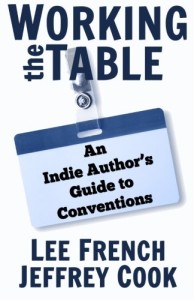 Because books won’t sell themselves.

In these times when it’s easy to self-publish but hard to get noticed, conventions offer a solid, feasible option for the independent author to start on a path to financial sustainability. But becoming a professional denizen of the dealer’s room has its challenges. In Working the Table, two veteran indie authors spill their secrets to help you not only survive, but thrive in the book-event environment.