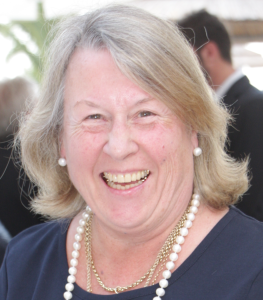 Lexa Dudley is a freelance writer and a poet. She fell in love with the island of Sardinia in 1972 when visiting for the first time with her family; and became intrigued with the island’s unique culture. She has always enjoyed writing, but with a large family to look after and helping her husband run his business, it was a part time hobby.

‘The Whispering Wind’ is a romantic story which gives us a glimpse into the closed world of the Sardinians and reflects her love for the island and its people.

Lexa has returned to Sardinia every year since her first visit and travelled extensively over the island to see the many interesting sites and monuments and to visit numerous friends.
She gave an interview on Radio Sardegna in 1978 about her love for the island and enjoyed a close friendship with the late notable Sardinian author Marcello Serra and his family.
Lexa lives in Suffolk with her husband, three dogs and two horses and enjoys her four sons and eight grandchildren. She is busy working on her next novel which is an historical romance set in Sardinia in 1855.

‘As much a love letter to Sardinia as it is a tale of two lovers, Lexa Dudley’s heart-wrenching tale is a must for anyone who likes a good tear jerker.’
SecretSales.com

Love in Another Time: A Sardinian Saga (Literary Fiction/Romance) 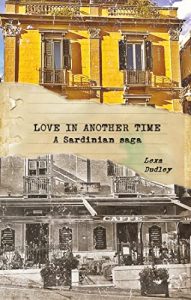 England, 1947. Ellie Montford is sent to boarding school by her cold and distant parents, joining her best friend’s family on their farm for the holidays. She forges a bond with her friend’s brother, Simon, who promises to marry her – but childhood promises may not last…

Sardinia, 1961. Ellie, now a young woman, joins her parents in Cagliari, where her father works for the Foreign Office. Attending classes at the local university she meets Gino, a young professor.

Is he really everything he claims? Or is their love doomed to fail?

Sardinia, 2006. Ellie’s granddaughter Sara is sent by her company to Cagliari. On a night out, she meets Luca, an archaeologist and professor. Their love affair mirrors that of her grandmother and Gino’s from over forty years before.

Their happiness is short-lived as Sara finds hints of a long-buried secret that could separate them. Who is Luca, and what is his connection to Gino?

Sara must find the answers before she can find happiness and make her family whole again. 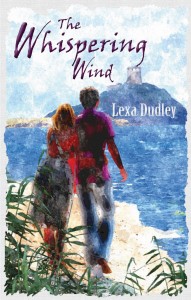 The Whispering Wind by Lexa Dudley is set in the idyllic island of Sardinia in the Mediterranean sea, where history and culture abound. Elise originally booked a holiday in Sardinia with her husband but his violent behavior finally breaks the last straw of their troubled marriage. Prodded by her solicitor, she decides to go ahead with the holiday alone to have some peace. This decision will change her life forever as she is embraced by the Sardinian culture and becomes enamored with the place and its people. She falls in love with a Sardinian, Beppe, and everything seems to be fantastic. This is until the day she has to face the reality waiting for her in England and in Sardinia itself. Will Elise finally find the happiness that she has always been looking for?

“Author Lexa Dudley is a romantic novelist who certainly knows a thing or two about love. Her writing style is not that original but she knows how to build up the plot in such a way that the reader cannot help but be captivated by the story. She has an excellent descriptive style, painting the island on the book’s pages like a visual artist painting on a canvas. As a result, I felt like I was transported to Sardinia and experienced the island myself. The Whispering Wind has all the elements of a successful romantic novel and even more. Reading this book is like going on an emotional roller coaster ride of love, hate, sadness, and joy. The story tugs at the heart, the characters are well developed, the plot is interesting and the setting is perfect. What more can a reader ask for?”

Children of the Mists (Historical Fiction)

Winner in the Book Excellence Award 2016 in the Romance category 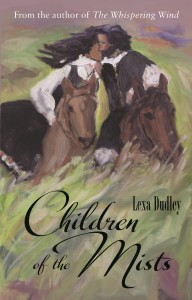 A striking historic rendition of life on the island of Sardinia…

Children of the Mists is a story of enduring love. Set in the 1800s, life on Sardinia had barely changed since the time of the Caesars. Two families, the Sannas and the Canus, are united by friendship and honour; love and laughter; joy and promises; omens and superstitions; youth and experience transcend generations.

However, for Raffaella and Antonio, their passionate love becomes entangled with revenge. Death changes devotion. Promises are forgotten. Vendettas cannot be ignored. Ambition clouds judgments. Antonio and Raffaella were promised to each other, nothing would keep them apart, not even family. Committed to each other, they fight for their love against all odds…

Children of the Mists is a gripping journey back in time that will make the perfect addition to any romance lover’s collection.

Reviewed by Cee-Jay Aurinko for Readers’ Favorite
﻿Set in Sardinia between 1855 and 1860 and divided into two parts, Children of the Mists is a romance novel by Lexa Dudley. Raffaella Canu had been sent to Itteri for a decent education. Gestinu, her father, had high hopes for her future. Whatever they were, Raffaella only wished for one thing: to be with Antonio, the shepherd boy she had loved since childhood. Orlando, her brother, doesn’t want Antonio in his sister’s future. She could have a wonderful life if she would just see reason and agree to marry Luigi, a prominent doctor who also happens to be his best friend. It might take more than a promise for Raffaella to finally be with the man of her dreams.

﻿Beginning in 1855, the author introduces us to the lifestyle and customs of the Sards. It doesn’t take much to imagine Sardinia and all of its beauty. We are taken to ravines, caves, small churches, and bedrooms in which the very light of dawn that enters it is graced by the author. There is more than one love story, the one towering over every other in the book, of course, being that of Raffaella and Antonio. Raffaella might be the main protagonist, but the characters around her, what with her just wanting to be with Antonio, keep things interesting. I could see greenery, mountains, and people in love. I felt that I was reading a wonderful romance novel set in a magical place. It was a wonderful, flawless book.

Cheryl E. Rodriguez
Lexa Dudley writes a striking historic rendition of life on the island of Sardinia. Children of the Mists is a story of enduring love. Set in the 1800s, life on Sardinia had barely changed since the time of the Caesars. Two families, the Sannas and the Canus, are united by friendship and adversity. Love and laughter, joy and promises, omens and superstitions, youth and experience transcend generations. However, for Raeffella and Antonio, their passionate love becomes entangled with revenge. Death changes devotion. Promises are forgotten. Vendettas cannot be ignored. Ambition clouds judgements. Antonio and Raeffella were promised to each other, nothing would keep them apart, not even family. Committed to each other, they fight for their love against all odds.

Children of the Mists by Lexa Dudley captures your heart and takes you back in time. A time lost in tradition and love. A time long past, but not easily forgotten. Dudley is an endearing storyteller. Her writing technique is full of illustrious scenes, depicting the beautiful sights, aromatic scents and the echoing sounds of Sardinia. Every word portrays her devotion to the ancient culture of the untamed island. The Sardinian traditions and language are skillfully woven throughout the narrative’s plot. The characters are strong, wild, and at times, illicitly ambitious. Yet, also tender, traditional and passionate, conveying a well-rounded cast. The plot develops graciously, steadily reaching the climax. Then it tumbles down with a few unexpected turns of events, causing the reader to be engulfed in this story of unbridled love and retribution.

Mamta Madhavan
Children of the Mists by Lexa Dudley is a love story set in Sardinia in 1855. While Salvatore Sanna worked hard all his life to gain his land, his neighbour Gestinu Canu got it pretty easy through marriage. Both of them are going to be related soon as Victoria, Salvatore’s daughter, is getting married to Orlando Canu. It is a match fixed as a bond of honour to return Salvatore’s gesture of saving Gestinu’s life earlier. They also love each other. Salvatore’s son, Antonello Sanna, loves Raffaella, Gestinu Canu’s daughter. Raffaella’s father and brother have other plans for her. It’s an engrossing story of love, revenge, desire and honor.

The story is engaging with its romance, revenge, twists and turns that keep readers guessing about what is going to follow. The characters are well portrayed and the book also gives a peek into the Sard society that existed in 1855, and the wildness of the place before the unification of the Italian States took place. The narration is descriptive and detailed, and captures the beauty of the land, making the scenes and story very visual. There is a raw passion and sensuality in the romantic scenes which make it very tangible to readers. Readers will soak up the beauty of Sardinia as the story captures the essence of the place. The author’s love for Sardinia is evident as the story progresses. On the whole, it is a love story that will win the hearts of readers with its many dimensions.