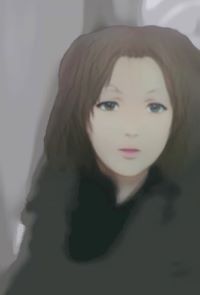 Books were a constant in her home growing up. The local library was visited as much as the supermarket. Stone was a child of the Bernstein Bears and Curious George. “Nothing enchants the spirit more than a great story,” Stone wrote in a recent blog. She supposed her love for writing began early too. Stone wrote her first story at age eight entitled, “Tall Like Me.” The twelve-page book consisted of loose-leaf paper stapled together. In it amongst the crooked illustrations made with color pencils existed a tale about a girl being bullied because of her height. Throughout Stone’s school-age years and well into college she enjoyed the works of Paulo Coelho, Stephen King, Angela Carter, James Baldwin, and hundreds more. The Curse of the Nine: Laline’s Ascension is her first published novel. She is currently working on the sequel at home in New York.

The Curse of the Nine: Laline’s Ascension (Fiction, Fantasy Romance) 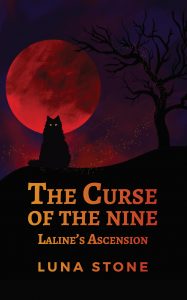 Augustus walks alone, his heart encased in an impenetrable despair, like most nights since his curse began, nearly three centuries ago. He trolls the stone walls of En Tutum, a luxurious rustic tourist attraction that doubles as his prison, a place he is forbidden to leave. Suddenly he hears a faint whisper, “Mother,” as a jeep pulls into the property, and something inside him changes. He senses a magical presence. Augustus dares to hope, this visitor may be the key to answering the prayers his soul has sought.
Selina Kyle Horton, adopted daughter of Hollywood actors Kate and Brett Horton, had excitedly prepared for her first solo nature trip. Unbeknownst to her, Brett made some surprise upgrades to her excursion and she unexpectedly finds herself rerouted to En Tutum.
Initially, she is impressed by the change in plans, happy even. Yet her first night there, she is haunted by mysterious dreams. The next evening, she meets Augustus. He claims to sense an ancient magic in her—a power—that, if detected by the property owners, will put her in grave danger. After eavesdropping on a private conversation, she starts to detect a threat against her. With no cellphone service to call her family, she decides to brave the forest alone until she reaches the next town.
Can Selina successfully allude all that seeks to harm her? What are Augustus’s true intentions? And does she really possess the magical gifts he’s willing to risk his life for?