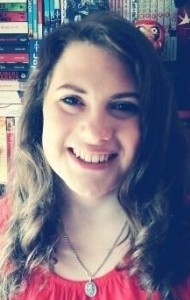 M L Sparrow is currently the author of four full length novels, a novella and a slew of short stories published in various anthologies. She will write pretty much anything that pops into her head, no matter the genre, and enjoys keeping her readers guessing as to what she will write next, though you can pretty much guarantee that there will be some degree of romance!

As well as writing, she enjoys travelling and has been to some amazing countries, where she never fails to gather inspiration and has an endless supply of ideas for future novels… 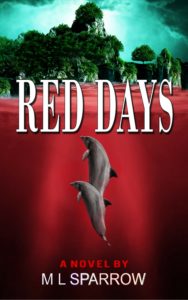 Keiko never set out to be an activist, but when she’s sent on an assignment to Taiji, Japan, the ball is set in motion. Reporting on the brutal yearly slaughter of hundreds of dolphins alters her life.

Over the course of ten years Keiko follows the highs and lows of the campaign to stop the slaughter of dolphins in Japan and attempts to bring change through her articles. Will her efforts and that of many others be enough?

*Though fictional, Red Days is based on a series of true events up until January 2017*

The Demon Inside (YA, Apocalyptic, Sci-fi, Romance, Survival) 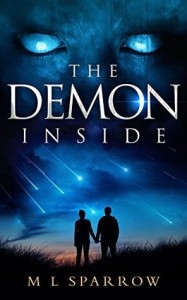 Darcy was a perfectly normal teenage girl, enjoying the summer after completing her A Levels with her boyfriend Alec. Until the night strange creatures begin falling from the sky, infecting people and transforming them into crazed, animalistic cannibals.
Having lost everything in one foul swoop – her parents, her home and all future plans – all Darcy can do is try to protect the people she does have left. Together, she and Alec, along with her younger sister, sarcastic best-friend, Alec’s alcoholic father and the family dog, set off on a journey to find somewhere safe in a world where everything is different.
However, when they do finally discover a haven, a place to call home again, can they remain? And who will survive? 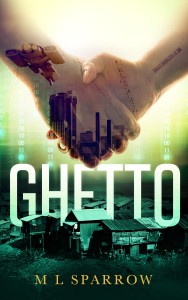 My name’s Sunny Grace Beaumont. Branded SGB/2/6895/03.12.93. Only child, self-taught computer geek and cancer survivor. Oh, and did I mention my dad’s the President? As you can imagine that’s sometimes a little problematic, especially when I want to sneak out. But it never got me into quite as much trouble as the night I ventured into the Ghetto – don’t ask me why I was there in the first place… it was stupid. Everyone knows that the Ghetto is where hardened criminals are sent to live out the remainder of their lives. At first the men that kidnap me are just as I’d imagine, mean and thoughtless, but slowly I begin to have doubts.
I meet a guy. His name’s Sin, he has no Brand – a crime punishable by death – and he’s the rebel leader. I should hate him… but I don’t. Instead he opens my eyes to a whole other side of the Ghetto, where people are innocent of the crimes they’re accused of and helpless children suffer dreadful poverty. Is it possible that I’ve been lied to my entire life… that the governments been deceiving everyone? And how can I challenge the law my own dad is adamant to uphold?

No Rest for the Wicked (Adult romance, Fantasy) 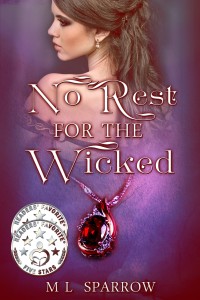 When a rich gentleman finds a beautiful young woman lying in the snow, on the brink of death, he takes her back to his house and, when she has recovered, employs her as a maid. Immediately Elira realizes that Anthony Luther is no ordinary man and nothing about the house she now lives in is as it seems, for Anthony is a powerful wizard.

Inexplicably drawn together, they begin a tentative romance, but it’s not just Elira’s uncertainties and the rules of upper-class society which drive a wedge between them; rivalries and a precious family heirloom, a priceless necklace of unforeseen power handed down through generations, threaten not only the couple’s happiness, but also their lives and the safety of the people around them. 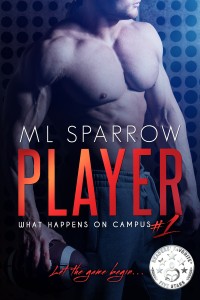 After a tragic accident which leaves her tormented by guilt, Chloe Newman accepts a scholarship to study a St. Joseph’s University. Traveling from England to Texas, the last thing she expects is to meet the schools charming quarterback on her first night. However, Parker Mitchell is a player both on and off the field.

Parker is immediately fascinated by Chloe and, after a rocky start, they manage to find a way to make their relationship work despite interference from others on campus, including Parkers jealous ex, and the ghosts that haunt Chloe’s conscience. But, the real test comes when they visit Parker’s family over Christmas break and he finds himself being pulled back into their lifestyle…

A Tangled Web (YA, Coming of Age) 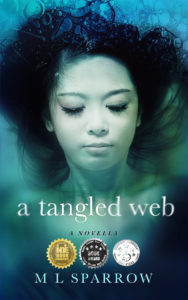 Taiyo is a normal high-school girl living with her Grandmother in Sendai. She goes to school, partakes in club activities and hangs out with her two best friends, twin brothers Ryuu and Kairi. However, her perfect world is shattered when she begins dating Kairi but quickly discovers she’s already in love with Ryuu.

A tangled web of lies surrounds the pair, but everything is suddenly knocked into perspective on March 11th when they are caught up in a natural disaster that devastates the country and robs thousands of their homes, their possessions and their lives…