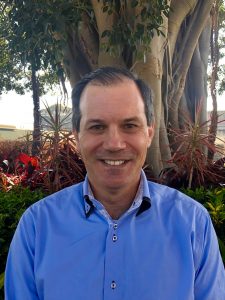 From a young age, Matt has been an avid reader of many genres, with a particular fondness for fantasy fiction and fast-paced action and adventure stories.

After letting ideas about the adventures of a young knight turn over in his mind for a couple of months, Matt first put pen to paper during a business trip, and everything grew from there.

In Matt’s second book Dane Thorburn and the City of Lost Souls, Dane finds himself confronted by new threats as evil Firelord wizard Raegan continues his quest for power.

Matt’s motivation behind the stories of Dane’s adventures was to create something that could be enjoyed by people of all ages. By enthralling and captivating readers, he wanted to inspire and reignite the joy that comes from reading a good book.

Although his books are aimed at the younger market, Matt firmly believes a good fantasy story has appeal to people of all ages.

Matt lives in Sydney, Australia with his family. 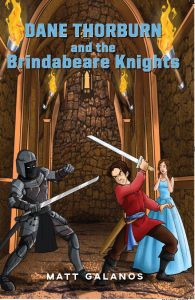 In Dane Thorburn and the Brindabeare Knights, Matt Galanos takes you on an enthralling, fast-paced fantasy adventure, into a mystical world of knights and magic.

Sixteen-year-old Dane Thorburn’s dream was to become a knight in the Brindabeare army. Little did he know as he entered knight training that the fate of the King and all Valentaland would soon rest in his hands.

In the dark recesses of the land, evil Firelord Raegan and his Black Knights are plotting the downfall of the King, with the help of rebel city Candahorn.

Dane and his friends, Will and Princess Vanessa, watch as the enduring peace across the land unravels, as Raegan marshals his forces and sets his plan of conquest in motion.

Can Dane, Will, Vanessa and Master-wizard Lord Frederick do anything to stop the impending doom?

Exciting, captivating, and a great read for those young or young at heart.

Dane Thorburn and the City of Lost Souls (Fantasy Fiction) 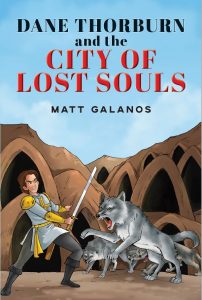 Seized by evil Firelord Raegan’s Black Knights, Vanessa is on her way to a mysterious, ancient prison known as the City of Lost Souls.

Dormant and unused in centuries, the city lies somewhere in the Gargaun Ranges.

If Raegan leaves Vanessa in the City of Lost Souls, she will never be seen again.

But before Dane can do anything to help, he finds himself on trial, accused of aiding Vanessa’s kidnapping.

Can Dane prove his innocence and join the search before it’s too late?