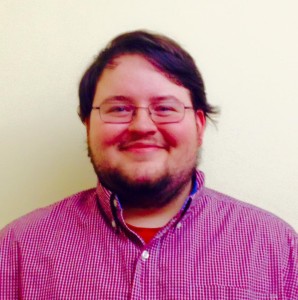 Matthew Mason is an independent author, poet, and musician from rural Illinois, where many of his stories take place. His writing has been heavily influenced by the many years he has worked in churches of every denomination. However, a love of the macabre and the paranormal also permeates this young writer’s prose. From the subtly sacrilegious to the devoutly divine, his works span the spectrum of religious zealotry. Besides writing, he is also a music educator, teaching and performing as a professional pianist. His strongest influences are Edgar Allan Poe, H.P. Lovecraft, Stephen King, Charles Bukowski, and many long-dead poet-composers, such as Franz Schubert and Robert Schumann. Besides writing and music, Matt Mason is a major cinephile, growing up watching every horror film he could find, from the original Universal monster movies to the cult slasher films of the 70’s and 80’s and into the increasingly cheesy horror plots of the 2000’s. Currently living in Indianapolis, Matt continues to write, play music, and enjoy art in all its forms. 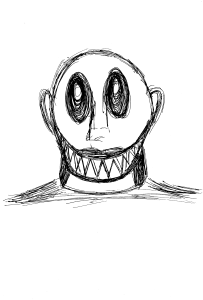 The devout will tell that, sometimes, faith stems not from the love for God, but from fear of the Devil.

Tragedy strikes the rural farm town of Courage, Illinois. Who would suspect that it was the work of the Devil? Charlie Bennigen, a recent divorcee and even more recent alcoholic, begins seeing names of several soon-to-be-deceased acquaintances in the obituary column of the newspaper where he works. Tsura Roma is a teenage girl plagued by a mysteriously omnipotent deck of tarot cards from her mother’s occult shop. As a gruesome series of murders begin in Courage, Charlie and Tsura find themselves haunted by the figure of a grey-skinned man with milky, black eyes. This demon takes great pleasure in the torment of the novel’s unwitting protagonists, taunting Charlie with challenges to save those who have been marked for death, while Tsura experiences nightmares that vividly outline each murder before it occurs. While already wrestling personal demons, Charlie and Tsura must take on the task of facing a powerful, supernatural evil that neither of them truly understand and that no one outside the church would believe. Charlie and Tsura find themselves pawns in a chess game between God and the Devil, trying to survive while the pieces around them fall. Unfortunately, everyone knows that a good game of chess requires a few sacrifices.

The Devil in Broken Glass is a religious horror novel rooted deeply in the history of practicing exorcisms in the Catholic Church. Alongside exorcism, the novel draws influence from the religious understanding of the seven heavenly virtues, and its more popular counterpart, the seven deadly sins as well as the pseudo-religious origins of facets of objects often associated with the occult, such as tarot cards. These aspects were also the inspiration for the novel’s protagonist. No one in courage may be as pseudo-religious as the male protagonist Charlie, while Tsura is as indeterminate as tarot cards are, or in the case of this novel, as indeterminate as they should be.

The novel functions simultaneously as a parallel and parody of contemporary religious ideologies and sentiments. As the influence of religion falters more every day, those who cling to their belief must ask themselves if their faith comes from their love of a benevolent God or from their fear of the Devil.