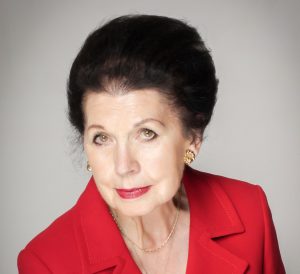 Maureen Wingham was born in London and lived and worked there for most of her life moving to Suffolk some years ago.

After leaving college she spent a brief time as a secretary for a City firm and quickly moved and found herself in advertising where she gained a wide range of experience in the industry. Since then she has had a career working in advertising and public relations, forming her own consultancy and with a friend formed a media representation company, thus specializing in both fashion and travel. Subsequently, with her late husband, she added to her workload when they formed a music company for his work and she still has responsibility for exploitation of his works.

She studied dance – ballet and flamenco – and drama and originally hoped to follow her grandmother into the theatre but in spite of a love of the arts, being practical when she found herself in advertising she decided to continue in the industry.
She has a son by her first marriage and a granddaughter who is currently displaying an aptitude for music learning the French Horn and the piano.

An animal lover she has owned cats most of her life but presently has a very handsome Golden Retriever.

A Marriage Made in Heaven – Memoirs 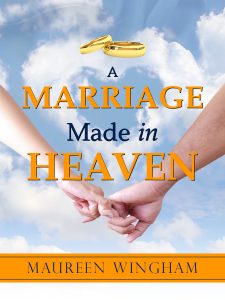 In this memoir Maureen Wingham explores her life from her relationship with a singer – whom she met in 1963 – and the impact this relationship had on her life over a quarter of a century. It follows his various trials and tribulations which lead to their separation and to her first marriage, birth of her son and subsequent divorce. Difficulties presented by her business partner who became too fond of alcohol.
Later she was reunited with the singer who still had a somewhat chaotic lifestyle including brushes with the law; in addition to her advertising work setting up a music company and their continued relationship until his illness.

Reviewed by Mamta Madhavan for Readers’ Favorite
“…It is interesting to read about another person’s perspective on life and how they handle the same situations we all face but in a different manner…”
“It is a very honest book. The author has written from her heart and bared her soul to readers. There are moments when you feel sympathetic and sorry for the difficult phases that the author has gone through. But finally, there is a positive note when the author triumphs over her trials. The book speaks about how the author sets up a PR company and a music company. She reunites with a singer with whom she continued a relationship until his death. The pictures are all beautiful and they give an idea about what the characters look like, which adds that personal touch.”

Another Look at Life – Memoirs 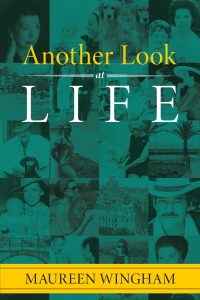 Maureen Wingham’s life has been a cascading whirl of opportunities, triumphs and tragedies that have tested her in ways the young Maureen, brought up during World War II, could never have envisaged.

She recounts her pathways through a professional life in advertising and PR consultancy, focusing on fashion clients and travel media representation; relinquishing her theatrical ambitions; severing a business partnership and plunging into the music business.

You will learn how a chance meeting with a singer led to a fractious relationship and separation, and how this directly resulted in her first marriage, motherhood and subsequent divorce. Later, following an unexpected visit from the singer they were reunited – although he still had a somewhat chaotic lifestyle including brushes with the law and frequent disappearances. These would continue, as did the relationship, until his final illness.

Always optimistic, always inspired by dance, with a deep love of animals and of family, Maureen set forth her plans to retire to Spain, but even this had unexpected consequences with a sudden rapprochement with her business partner after 40 years.

Another Look at Life will inspire and delight you as it celebrates one woman’s tenacity and her joy of living.