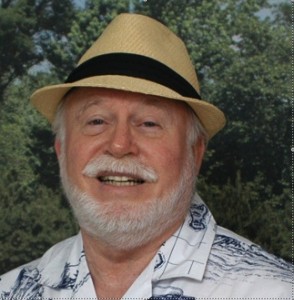 He received a Bachelor’s degree from St. Mary’s College, a Master’s degree from California State University, Hayward, and several teaching and administrative credentials.

Mr. Herr spent 34 years in education first as a teacher and an administrator.

He and his wife, Barbara, moved to Rossmoor, in Walnut Creek, California, in May 1998.  Two years later, in January 2000, Mr. Herr retired.  He and his wife have a son, a daughter-in-law and two grandchildren who reside in Santa Cruz.

All of Mr. Herr’s work is noted for its references to Hawaiian culture and cultural practices.

The Old Queen and the Maui Maiden (Mystery/Thriller) 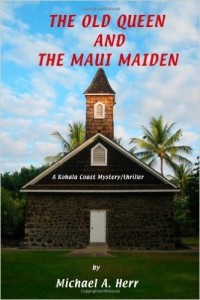 The Old Queen and the Maui Maiden is the 5th book in the Kohala Coast series. The unearthing on Maui of a mummified body from over 100 years ago brings Teri Pono greater danger than she has ever faced before. Teri must fulfill a command from a long-dead Queen while dealing with her mother’s growing dementia, and her confusion over a growing relationship with her new boyfriend, Koakane. 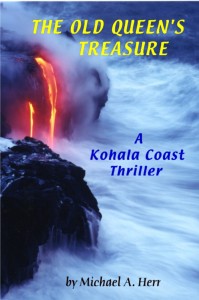 The Old Queen’s Treasure is the 3rd book in the Kohala Coast series. A burial cave is exposed containing the sacred bones, ka iwi, of ancient Hawaiian royalty along with the bones of a Chinese treasure ship captain. The subsequent race to gain possession of those bones brings some members of the Pono family face to face with fiery death! FINALIST IN THE ERIC HOFER BOOK AWARDS FOR 2011.

The Old Queen and The King (Mystery/Thriller) 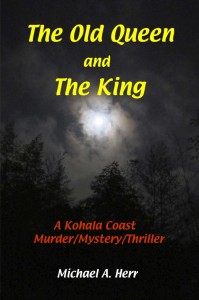 The Old Queen and The King is the 6th book in the Kohala Coast series. The daughter of a woman on Kauai is murdered while the most precious souvenir that the woman possessed is stolen. She sets off for the Big Island, where her search for both the killer and her precious souvenir soon involves the women of the Pono family. Meanwhile, Haunani, the matriarch of the Pono family, slips deeper and deeper into the black pool of dementia as her daughters try to bring her back from that terrible disease, Alzheimers.