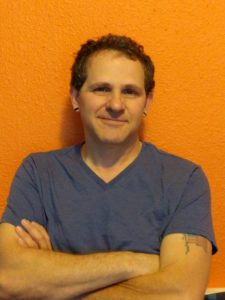 Michael F. Rizzo brings his own style to the stories he tells. From Mafia and beer history to his fictional characters. Rizzo began his publishing career in 2005 and has released ten books both traditionally and self-published.
Born in Buffalo, New York, much of his writing, both non-fiction and fiction, is based in Buffalo. He tries to find nuggets of history that haven’t been written about and bring them to life. In his Rex Carlton Mysteries fiction series, his main character borrows much from the author, who was once a bike messenger and faced many of the challenges the character does, including having thyroid cancer.
He has written about architecture and retail history, Polish gangsters and brewing history in both Buffalo and Washington state.
As a hybrid author, he has been able to write much of what he has wanted and found an audience for it.
With his wife, he moved to Washington state in 2013 where they are raising two beautiful kids, a couple of old cats and a dog. In his spare time, he does work on their 1910 home. 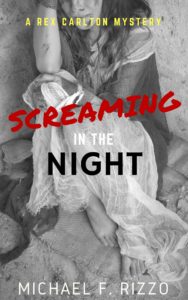 Bike messenger Rex Carlton has a new girlfriend and discovers he has thyroid cancer. He takes his frustration out on those he loves and must decide if he wants to continue his career. He visits his cousin in the Pacific Northwest after discovering a letter hidden behind a painting for over 100 years. The letter leads them on a wild chase for the truth and into the sights of a serial killer.

Rex and his best friend Neumann travel to the small town of Devils Corner in western Washington where his cousin Kelly Martin lives. With Kelly’s help, they try to unravel the meaning behind a mysterious letter Rex found behind an old painting Kelly had sent him.

While digging through old newspaper articles and family trees Rex examines his own life before deciding if he wants to return to his girlfriend and the job he loves. The trio finds themselves the target of a killer and exposing the truth could destroy them as well as the small town.