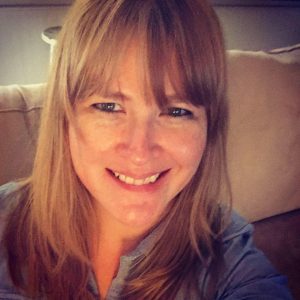 Michelle Miles believes in fairy tales, true love and magic. She writes heart-stopping urban fantasy, epic fantasy and paranormal romance with an action/adventure twist that will leave you breathless. She is the author of numerous series that includes everything from angels and demons to fairies, dragons and elves. She is married with one son and a black cat named Sir Dexter.

A native Texan, in her spare time she loves reading, listening to music, watching movies, cross-stitching, drinking wine and taking pictures of her cat. She can be found online at Facebook, Twitter, Instagram, Pinterest and Goodreads. 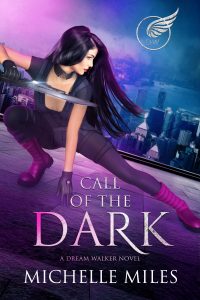 Angels. Demons. Holy relics. And a whole lot of trouble in between. Can Anna accept her destiny or will she stand back and watch the forces of good and evil destroy mankind?

Anna Walker has the unique ability to step into people’s dreams. When a catatonic woman is brought to the hospital where she works, her curiosity overrides her common sense and she “walks” inside the girl’s head.

Now she’s on the radar of a fallen angel, Azriel, and her calm, quiet world is turned upside down. Azriel demands she use her walking talent to find the Horn of Gabriel, one of five Holy Relics, or lose everything dear to her. Even worse? His Heavenly counterpart, a messenger angel, insists on hiring her for the same job.

Her refusal to help comes at a steep price. When Azriel frames her for murders she didn’t commit, it forces her into the quest for the holy relic. Torn between good and evil, she becomes trapped in her own nightmare when she uncovers a family prophecy claiming she’s the Keeper of the Holy Relics.

Anna must make the most important decision of her life—accept her duty as Keeper, and the only person who can stop the coming war between Heaven and Hell—or stand back and watch the forces of good and evil destroy mankind. 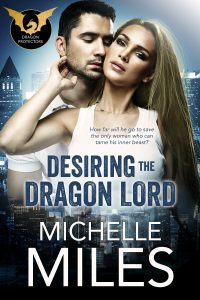 After witnessing the brutal murder of his parents, dragon-shifter Logan Blake arrives in the human realm injured and near death. His only goal is to heal and get back to the Hidden Lands to exact revenge on the man responsible. When a beautiful woman stops to render aid, he’s unprepared for the instant bonding he feels to her. Her presence fuels an unquenchable desire in him and he knows he has to claim her.

Bree Anderson’s morning jog is interrupted by the sudden appearance of a sexy, injured man in the middle of Central Park. When he turns up days later at the bar she manages as their new security detail, she knows he’s going to be a handful. She also knows she’s up for the job of uncovering just who—and what—Logan is. But her determination to discover Logan’s true identity is put on hold when a vampire mafia kills her father and turns their attention on her.

Logan instantly becomes her fierce protector, until his own past comes back to haunt him in the form of the Drakana—dragon hunters intent on killing him. The only way he can save Bree from the vamps and the Drakana is to get her as far from the city as possible. But when both factions converge on their hidden location, Logan must make the ultimate sacrifice to save the only woman who can tame his inner beast.

In the Tower of the Wizard King, Age of Wizards, Book 1 (Fantasy, Paranormal Romance, Urban Fantasy) 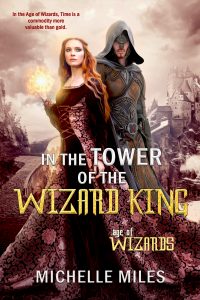 Her magic is dormant.

When Aoife (EE-fa) Burke rushes home after the unexpected death of her father, she discovers her mother has vanished amidst inexplicable circumstances. She returns to her childhood home to search for clues of her mother’s whereabouts but another shock awaits her. Sean O’Connell, the object of her girlhood crush, has purchased the family home. She senses Sean is hiding something from her, refuses to let her inside and does everything he can to keep her out. A determined Aoife breaks inside and stumbles upon an antique trunk in the attic. When she opens it, instead of the normal musty clothes and ancient letters, she finds a stairway leading into darkness. It calls to her and she cannot resist stepping into the trunk and onto that first stair where it leads her to magical truths her mother never wanted her to discover.

His magic is dangerous.

Sean O’Connell has been assigned by the Inter-dimensional Portal Protection Agency to keep Aoife and her mother out of Faery. But when she breaks into the house and disappears through the portal in the trunk—like her mother—he has no choice but to follow her, even though stepping into Faery will force him to face his past. Keeping her safe and out of the hands of the Wizard King also becomes a fight to save Aoife’s life from her own mother, who has discovered a time portal in Faery leading her back in time to alter her past mistakes, putting Aoife’s life in peril. Sean is willing to do anything to make sure she’s safe. Even if it means he has to tap into his dangerous magic to do it. 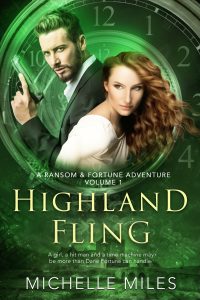 A girl, a hitman, and a time machine may be more than Dane Fortune can handle.

Skye Ransom’s peaceful college life is altered when her parents are both killed on the same day within hours of each other. But when she receives a strange package in the mail after her father’s death, it contains a small device with no explanation. Desperate to find out what it is, she goes to her father’s lab to get answers—and is nearly killed by a hitman. The mysterious Dane Fortune offers her protection, leaving her no choice but to accept.

Ex-military man Dane Fortune is hired by a brilliant inventor to protect his life and the lives of his family. But when the inventor and his wife are taken out by a hitman before the job even gets started, Dane knows he has to get to their daughter before something happens to her. Keeping her safe becomes more difficult than he anticipates as more than one foe is after her and a device she doesn’t even know she possesses—a small-scale time machine.

With the hitman and the NSA hot on their trail, Skye inadvertently transports them back in time to the thirteenth century where they find themselves in the middle of Scotland’s battle for independence from England. At the mercy of the time machine—and learning to trust each other—they have to find a way back home before they’re trapped in the past forever. 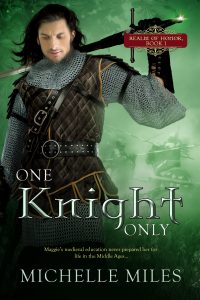 Do-gooder Maggie Chase throws her thesis out the window when she wakes up in the arms of a hot Scottish knight. When she realizes she’s somehow ended up back in time, she embraces the persona of Lady Margaret. But she may be in over her head when she realizes she has to keep the sexy knight alive during a jousting tournament in order to get back to her own time.

Sir Finian “Finn” McCullough is a gambling man and owes a very large debt to an evil earl who is after his family estate. When the beautiful and outgoing Maggie arrives in his bed, he can’t remember tupping her the night before and thinks she’s a spy for one of his neighboring clans. He intends to find her kinsman and return her safely, but he can’t resist her charms, her smart mouth, or her sex appeal. Instead, he keeps her close, taking her with him to an important jousting tournament—one he has to win or lose his castle forever.