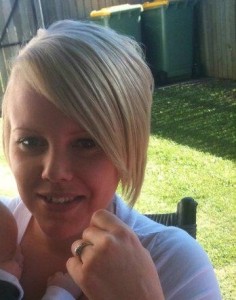 Monique De Graaf is the Author of the Elven Born Series. Writing under her own name, she writes fantasy novels.

Just starting out as an Indie author, the first book is self published by smashwords, but there are publishers in the works. 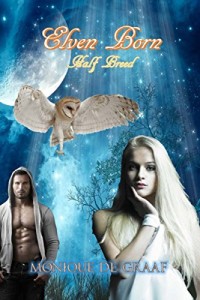 Eliser has been the outcast, the unwanted all her short seventeen years, no one wanted anything to do with her and that was just fine by her. Riley her older brother was the only one she could count on. When her seventeenth birthday came around, Eliser and Riley had to start running for their lives for reasons Eliser didn’t know. All she knew was she had something inside of her screaming to get out. Whether that was good or not she didn’t know.

Thrown into a world where supernatural creatures were indeed real, they were kicking her in the backside every turn she made. But she had a choice to make, a heavy burden that could destroy the world as she knew it. Would the darkness seep in and take over her heart? Or would the light prevail and squash the darkness threatening to consume them all? With the magic inside growing stronger everyday only one could tame her and he wasn’t of the light.

Zavier being a dark Elven Assassin was frozen forever in hatred and in darkness. He knew no mercy, no kindness. Until he was pulled away from a mission to help capture a girl that the dark Queen desired. Why did this girl draw him near? What was it about her that made feelings come to life that had left him centuries ago? Could he really capture her and deliver her to the dark Queen for her malicious plan or will he save her from herself?