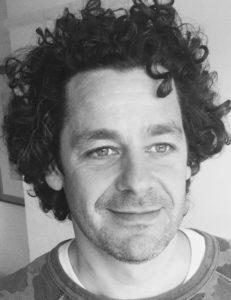 Nick Christofides was born and grew up in Northumberland where most of the action in his first novel The Border Reiver takes place. His thriller writing has a fast, uncompromising style which explores the current political landscape and our broader society.

Nick is an outdoorsman and naturalist, who spends most of his free time in wild places, it goes without saying that ‘the wild’ is at the forefront of his writer’s voice. An avid surfer, Nick lives in South Wales with his wife, kids and their Lurcher. He is currently working on the sequel to The Border Reiver and a book of his poetry. 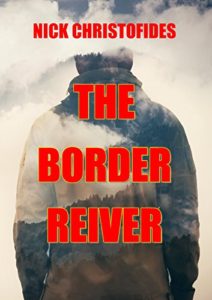 Set against the drama and beauty of the Northumbrian countryside. The Border Reiver is the story of one man’s fight against political change and the unrest that follows when everything that we take for granted is no longer there.

The first half of the 21st Century has seen the world fight for order. Revolted by the divide between rich and poor, the British public chooses the visionary Ben Baines and his New Socialist Order to lead the country. He sets about removing the feathered nest of corporate politics and redistributing the nation’s wealth to ‘the people’. But reform does not benefit everyone, and greed still haunts the corridors of power. As rural communities resist, the methods of the government enforcers become more brutal.

Nat Bell is like the land he farms, lean and gnarled by the seasons, he is just a simple farmer, but some men become so much more than their flesh and bones in the face of adversity.

When they reach Bell, events take a tragic turn.

Controlled by a need for bloody retribution, Nat Bell faces his problems the only way he knows how…head on. As he struggles against the monster he is becoming, others look to him as folklore, the hero of the rebellion. His ambitious and intelligent savagery intertwine his destiny with that of Ben Baines, a man in the thick of his own battle to protect the beliefs which brought him to power.