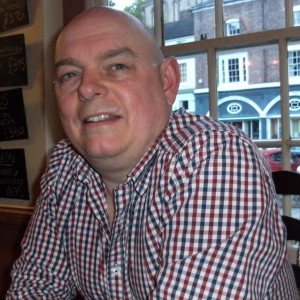 NICK RIPPINGTON wrote his debut novel, the urban gangland thriller Crossing The Whitewash, in the wake of the News of the World phone-hacking scandal. As the paper’s Welsh Sports Editor he was informed at 48-hours notice that he was out of a job, and had to collect the contents of his desk from a colleague in a Wapping car park as police investigators treated the offices as a “crime scene”.

Published in August 2015, the novel recently received an honourable mention in an EBook Awards competition run by prestigious American magazine Writer’s Digest. The judges described it as “evocative, original, unfailingly precise and often humorous” and considered one of the leading characters, gang leader Arnie Dolan, as “terrifying”.

The judge in the 2016 self-published eBook competition went on to say: “I was impressed with the development of all the characters, major and minor. Arnold is terrifying but never comes across as a two-dimensional villain. By the end, the reader can see that all of the characters have changed.”

A career journalist now working on the Daily Star and Daily Star Sunday while continuing with his writing adventure, in a previous life Nick was an Executive Editor at Media Wales – the organisation that produces the Western Mail, South Wales Echo, Wales on Sunday and Wales Online in Cardiff.

In his spare time he is a big fan of the England cricket team and home town football club Bristol Rovers. He writes a blog about the team called Frankie Prince’s Bovver Boots that regularly appears on the Bristol Post website.

He has also mapped out his writing story, from first draft to eventual publication, in his blog imgoingtopublish.wordpress.com. 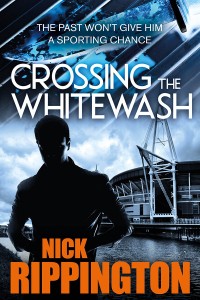 The past won’t give him a sporting chance…
Gary Marshall has his mind set on becoming a football star, but a fortunate meeting with Arnie Dolan is about to change his life forever.
When a gang of youths hold Gary at knifepoint in an effort to steal his bike, Arnie springs to the rescue and the two become best mates.
Forming a gang called the Boxer Boys, they vow to protect their tough inner-city council estate from rivals, while battling adversity closer to home.
As Gary is poised to make it into the big time with his local football team West Ham, a series of life-shattering events intervenes with massive repercussions for both boys, tearing them apart.
Eight years later Arnie is desperate to revive his relationship with his best friend, and possesses a closely guarded secret he has harboured all his life.
The only problem is he can’t find Gary.
Now a writer with a Welsh newspaper, his fellow Boxer Boy is living under a false name, keen to forge a new life and forget the old days.
But while he ghostwrites a rugby column and helps ex-international star JW Owens deal with his demons, his own are rapidly catching up with him.
As the Rugby World Cup approaches the mysteries start to unravel, leading to a shattering climax at Wales’ rugby temple, the Millennium Stadium…