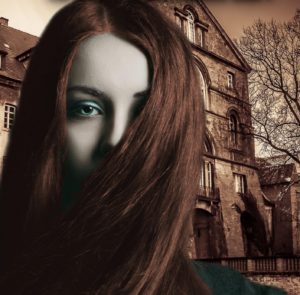 Rachel Jordan has wanted to be a published author from the time she was small.
She began writing at an early age, and although she did some freelance journalism her writing career went no further.
For as long as she can remember Rachel has been interested in the paranormal. When she was a child she lived in a house that was haunted and that started her journey into finding out about the unknown.
The Haunting of Dove Cote House, her debut novel, is partly based on some of the experiences that occurred in that house she had lived in when small.
Rachel has further paranormal books in the pipeline and has already made a start on the sequel to The Haunting of Dove Cote House.
When she isn’t writing, Rachel likes nothing more than curling up with her Kindle and reading. Although she reads a lot of paranormal novels she is one of those people who reads anyway genre if a book catches her eye,
She lives in the U.K. and is the proud owner of a beautiful tabby cat. 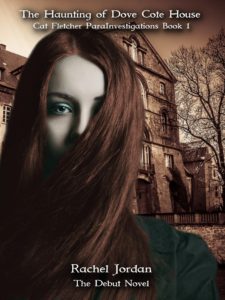 Following the death of her father, Cat Fletcher returns to the family home where she lived until she was 18.

But Cat’s memories of the past are blurry, despite dreaming regularly about Dove Cote House.

And her homecoming is far from perfect, when in the true meaning of the expression, the past comes back to haunt you, does just that.

As the truth about Dove Cote’s past is unravelled Cat is faced with the prospect of having to deal with something more evil than she could have imagined.