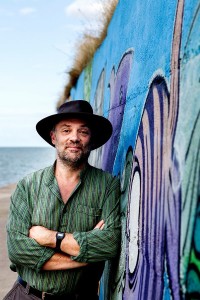 A native of Brixham in Devon, Richard Dee’s family left Devon when he was in his teens and settled in Kent. Leaving school at 16 he briefly worked in a supermarket, then went to sea and travelled the world in the Merchant Navy, qualifying as a Master Mariner in 1986.

Coming ashore to be with his growing family, he used his sea-going knowledge in several jobs, including Marine Insurance Surveyor and Dockmaster at Tilbury, before becoming a Port Control Officer in Sheerness and then at the Thames Barrier in Woolwich.

In 1994 he was head-hunted and offered a job as a Thames Estuary Pilot. In 1999 he transferred to the Thames River Pilots, where he regularly took vessels of all sizes through the Thames Barrier and upriver as far as H.M.S. Belfast and through Tower Bridge. In all, he piloted over 3,500 vessels in a 22-year career with the Port of London Authority.

Richard was offered part time working in 2010, which allowed him to return to live in Brixham, where he took up writing and blogging. During this time, he also set up and ran a successful Organic bakery, supplying local shops and cafés. The urge to write eventually overtook the urge to bake but Richard still makes bread for friends and family. Richard is married with three adult children and two grandchildren.

His first science-fiction novel “Freefall,” was published in 2013, followed by “Ribbonworld” in 2015. September 2016 saw the publication of his Steampunk adventure “The Rocks of Aserol.” and “Flash Fiction,” a collection of Short Stories. He contributed a story to the “1066 Turned Upside Down” collection and is currently working on prequels, sequels, and new projects.
He publishes through his own imprint, 4Star Scifi, named after his wife and daughters, his 4Stars. 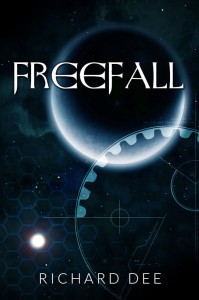 “Dave Travise is an interplanetary trader with a past. Trying to forget, whilst being constantly reminded is no way to live, but sometimes letting go is just too painful. And the “Freefall” is his past, so that’s part of the problem.

So when excitement comes back into his life, in the shape of a dead girl and a stolen disc, his world turns upside down. Events take control of his life, and before he knows how, he’s at the centre of a Galaxy-wide conspiracy, chasing the answers that explain the past and may hold the key to the future.

With the truth to reveal, he’s pursued by those who want it kept secret. The story goes from the civilised centre to the edge of exploration. A cast of pirates, smugglers, and legendary explorers all play their part in a story that’s older than us.” 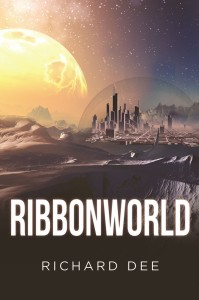 “Miles Goram has a problem. All that the down-on-his-luck journalist planned on doing was writing a hotel review and now there’s a body in his bathroom. Far from home on a strange planet, Miles must deal with the fact that somebody wants him dead.
Welcome to Reevis, a planet without days or nights where life is only possible under a vast pressure dome. It is on this airless wasteland that Miles finds himself caught up in a mystery involving a huge interplanetary corporation, a powerful man and his ambitious PA, and a beautiful young heiress who has been missing for years.

Crossing the galaxy in search of answers, Miles begins to uncover a web of deceit that stretches further than anyone could have imagined. With his life becoming at greater and greater risk, he realises that there is no one he can trust. Will he discover the truth and finally come to terms with his past? And, if he does, will it be enough to save his future…?”

THE ROCKS OF ASEROL (Steampunk) 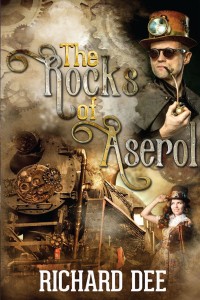 At first glance it was a simple enough job, go to Aserol and find out what’s happening at the Waster mine. For Horis Strongman it’s the start of an adventure, there are things that don’t add up and he stumbles upon a secret. It’s enough to kill for, but can he stay alive to expose it?
In a world where Coal is King, where machines of Metal are powered by Steam and Clockwork, those in power want him silenced by any means.
Accused of a terrible crime, Horis is forced to run, aided by those who can prove his innocence, and unsure of whom he can trust.

From the mines to the skies, on the oceans and rivers, The Rocks of Aserol could change the world. 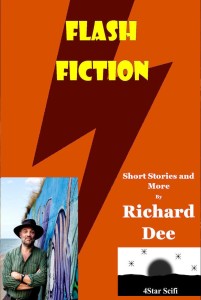 “Step into the worlds of Richard Dee.

Imagine the magazine of the future, or how to fake your own demise. Maybe it’s time you were tested to prove your adulthood? Or perhaps you’re a sleeping space traveller?

All these ideas and more are explored in this collection of short stories. They’re complemented by excerpts from my novels and two teasers of work in progress.” 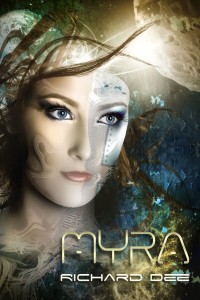 “I turned, and even though I didn’t immediately realise it, it was then that I fell in love.”
Meet Dave Travise, at least that’s who his identity chip says he is. An ex-Navy man on the run; somehow he’s ended up in a dead man’s shoes; on a new ship and on the wrong side of the law. With no way to prove his innocence, he’s just got to play along and keep his head down if he’s going to survive. As if he doesn’t have enough problems, now he’s fallen for Myra, the engineer on his new home.
Pursued by criminal gangs and keeping one jump ahead of everyone, Dave and his new shipmates are going to need all the luck in the Galaxy just to stay alive.
Myra tells the story of how Finn Douglas, Naval Officer; became Dave Travise, Galactic Trader. And what happened before Freefall.”