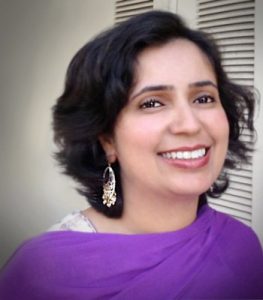 Ruchira Khanna, a biochemist, turned writer, left her homeland of India to study in America, where she did her Master’s in Biochemistry and a certificate course in Technical Writing.

Ruchira worked as a biochemist at a Silicon Valley startup for five years. After the birth of her son, she took a job as a technical writer, so that she could work from home. Soon, she began doing freelance writing work as well.

Her love of writing grew, and she started working on her books. After four years of freelancing, Ruchira published her first book, a fiction novel for young adults called Choices.

Then came the children’s book The Adventures of Alex and Angelo: The Mystery of the Missing Iguana. She got a thumb’s up review from Kirkus Reviews.

In January 2016, she has published her second fictional novel Voyagers into the Unknown. It talks about the quest for happiness as the heavy-hearted tourists travel miles from different parts of the world to Raj Touristry in Agra, India. Return to their respective home with a healed heart. This book talks about their journey!

In Breathing Two Worlds, Ruchira talks about ethnicity and cultures and helps to strike a balance via a fiction-drama novel as her characters breathe two worlds.

RSVP: A Novel explores the lines between reality and illusion and the significance of family as Jay the protagonist finds peace within by embracing his past.

The Doppelganger is a metaphysical short story that will take you on a rollercoaster of emotions as the astral and physical bodies clash.

In addition to writing books, she also maintains a blog on Blogspot, called Abracabadra. It has been featured in the top 50 mindfulness blogs.

She is an energy healer: a Reiki Master and a Certified Healing Touch practitioner. Offers her services to Stanford Health Care and has her practice. Contact her if in need of a healing session.

Ruchira currently resides in California with her family.

Through his Eyes: A Short Story (Short Stories, Young Adult) 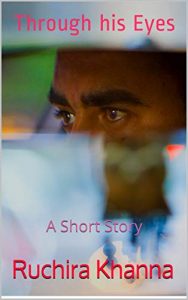 Meera Bhatt’s upbringing had been outsourced ever since she was born. Through his Eyes is a narration of her journey from a toddler to an adult. She reflects on how her helper taught her to distinguish between right and wrong without speaking a single word.

Did she get lost in translation amidst his guidance?
Or did she find her way out to be a mature young adult? 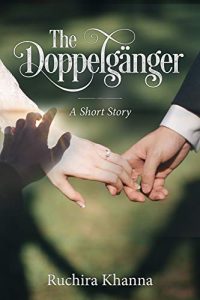 Sandra lost her husband, Sam, and was lonely in this not-so-alone world until she met Sam’s look-alike, Fran, from another world. Will Fran be able to provide all the happiness Sandra has been yearning since Sam’s physical body left?

The Doppelgänger is a metaphysical short story that will take you on a rollercoaster of emotions as the astral and physical bodies clash. 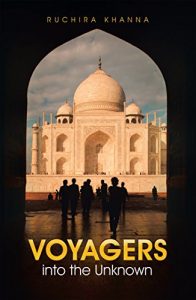 In the historic Indian town of Agra, you can find a very unusual tour company, which is owned by a charming young man named Raj. Although Raj’s official job is to show off the historical landmarks of Agra, including the legendary Taj-Mahal, his true mission is to heal the souls of his broken “birds,” as he affectionately refers to his tour participants. His business operates purely upon word-of-mouth referrals, ensuring that all of his tour members arrive in Agra with their hearts in their hands, ready for the spiritual growth and cleansing that Raj is known to provide. Healing the hearts of the spiritually damaged can be a difficult job, and in this particular tale, Raj finds himself faced with his most challenging tour group yet.
First, there is Ira, a stunningly gorgeous but fragile young woman on the brink of suicide. Next, we meet Darci and Lennard, a couple on the verge of divorce. Then there is Carl, an irritable, antisocial workaholic who has burned all of his bridges. Lastly, we meet Asha, an elderly widow who still yearns for the company and comfort of her late husband. When disaster strikes the tour group, everything is thrown into jeopardy, including lives, relationships, and Raj’s very reputation as a tour guide. Raj must find a way to lift the spirits of these five special travelers, even in the face of death and despair.
Venture into the unknown and discover how Raj Touristry heals the brokenhearted, one soul at a time. 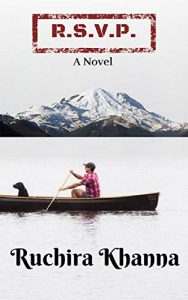 Jay Sethi, an Indian-born American, has lived with the consequences of a torn family since a teenager. After facing the effects of unrequited love and unpaid credit card bills, he settles in a small town in California from where he embarks on a cruise with his canine best friend, Yogi. Jay is shipwrecked and washed ashore on an island. It is there he realizes the importance of love and the salvation in letting go.
Will Jay be able to make up for the time he has lost?
Will the broken bridges and the seemingly permanent goodbyes remain that way?
RSVP: A novel explores the lines between reality and illusion and the significance of family. 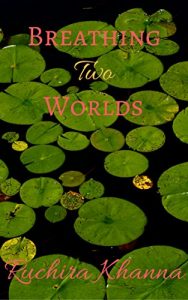 Neena Arya, a Delhi-born, goes abroad for further studies and settles down there. Determined to be a ‘somebody’ from a ‘nobody,’ she blends with the Americans via the accent and their mannerisms while having a live-in relationship with her European boyfriend, Adan Somoza. When illness hits home, Neena rushes to meet her ailing dad. Tragedy strikes, and amidst the mingling with relatives and friends, she finds herself suffocated with the two different cultures that she has been breathing since she moved to the United States.
How will she balance both the cultures as she continues to support her widowed mother?
Will she be able to do justice to her personal and professional life after the loss?
Amidst the adjusting, she bonds with an ally and learns about ties beyond blood. On what grounds will she be able to form an invisible thread that she has longed for since childhood?
Breathing Two Worlds ventures into cultures and ethnicity that allows Neena to ponder upon her foundation and priorities.

The Adventures of Alex and Angelo: The Mystery of the Missing Iguana (Children’s, Mystery) 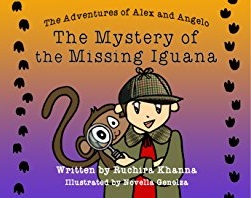 Alex and his pet chimpanzee Angelo are the young detectives of their neighborhood. When a friend’s pet Iguana goes missing, Alex and Angelo immediately take on the case, and the sneaky reptilian leads them on an exciting chase. How will Alex and Angelo use their sleuthing skills to solve this mystery?