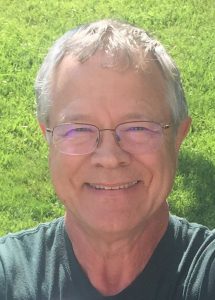 Sam B. Miller II holds a Bachelor of Science degree in Finance, and a Master of Business Administration degree in Finance, from the University of Tennessee. He has five children and lives with his wife, Susan, and their many dogs, in Northeast Tennessee. After writing a successful Science Fiction 3-book series, Miller turned his attention upon the mystery of the supernatural. Smith was his fourth novel. He has now returned to his favorite genre, Science Fiction, for his fifth novel, U-10. 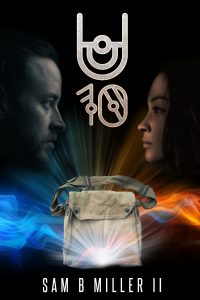 A top-secret paramilitary agency wants the U-10 and its gadgets, the guy who has the U-10 wants to keep it, and the alien who lost the U-10 wants it back. A death squad is dispatched to retrieve the U-10 and will stop at nothing, including the destruction of Earth, to accomplish their mission. Using the U-10 to heal battle wounds produces unexpected results.

What good is a U-10 survival kit that has just three options?

The Origin of F.O.R.C.E. (Science-Fiction) 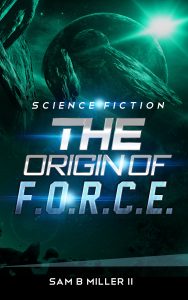 The first scout ships of the Chrysallaman Empire made contact in 1947. Their mission was simple: find a suitable planet for colonization. Earth—HG-281—was the perfect target. Rich with land, minerals, and water, the blue planet could boast only of a primitive race of defenders known as Humans, bugs who could be easily squashed by the might of a single Chrysallaman’s mind. When one of the scout ships is unexpectedly brought down, the advance party is forced to return to their home planet 30 light-years away to report and regroup. In their wake, they left behind a broken ship, dead crew members, and a young alien boy who would grow to become one of Earth’s greatest assets—and her greatest ally.

The lizard-like aliens would be back, and in force. Mankind must prepare a strategy capable of defending against not only superior technology, but also superior psychic ability and strength. It will take an elite group of military personnel, brilliant scientists, a sombrero-wearing alien, and another generation to plant the seeds that will grow into a World Wide Defense, the likes of which the Chrysallamans have never known. 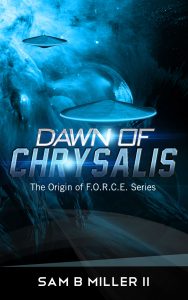 The human race is in trouble. After narrowly claiming victory in the first invasion, an assault by advanced militaristic aliens armed with light speed capable spacecraft is a continuing threat. Even so, Chrysalis is in danger, and Whatsit is determined to rescue his fellow Chrysallamans. It’s a task he knows he cannot accomplish without the help of his human brethren. With the threat of future attacks looming, the humans will have to decide whether it’s best to go on the defensive at home on Earth or take the fight to its source and save the Chrysallaman race. 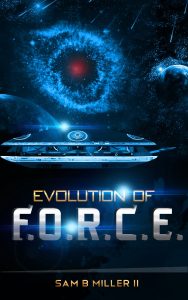 On the Asiddian conquered planet of Chrysalis, the alien Whatsit from Earth leads a group of military strong arms in the fight to save his home planet. Back on Earth, the highly advanced and trained militia known as F.O.R.C.E. stands at the ready to defend their world-and to save Chrysalis at any and all costs.

But, time is running out for all species-Humans, Asiddians and Chrysallamans alike. Leaders grow desperate and bloodthirsty for power and victory, warriors become wearier with each assault, ambush and death; heroes become more determined than ever to win the fight and restore peace and prosperity to their homelands.

Victory is up for grabs, and claiming it will require time and patience favoring those with a knack for technological ingenuity. 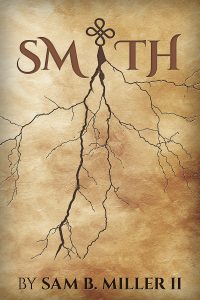 Every once in a while the voice that’s in and out of our hero’s head assures, “Fear not, for I am with you”. That voice is what will be called Smith, a voice from ancient and potent times. That voice – at once droll, clever, mercurial, and deliciously brutal – is one of the many highlights of this lively adventure novel. The incredibly skilled and often quite hostile security agent, Nava, gives an additional layer of spice as Jake’s partner and budding love interest. In fact, Nava’s strong personality serves as a fine foil to Smith’s as she (even more so than Jake) understands the costs of all the mayhem and death that Smith cavalierly dismisses as collateral damage toward a greater goal.