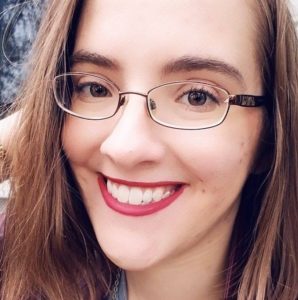 Samantha Simard possesses a deep love of books and she’s been writing stories since she learned to read. She’s a fresh voice in the mystery fiction world, and wants her characters – many of whom are LGBT+ and/or minorities – to reflect the broad, ever-changing world in which we live. Her other interests include writing, reading, archery, video games, and searching for a way to consume coffee intravenously. 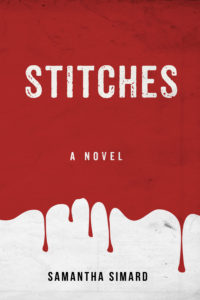 Stitches follows Jim Wolfe, a PTSD-riddled Army Ranger turned private investigator. Between his questionable relationship with a Romanian restaurateur’s son, and investigating the disappearance of a famous musician’s daughter with his partner, Scarlett Vaughn, Wolfe has a lot on his plate. When a string of grisly murders centering on college students grab the city of Boston by the throat, Wolfe finds himself entangled in more than one mystery. While Wolfe and his partner attempt to unravel the threads connecting the killings to their missing rock n’ roll heiress, Sebastian Codreanu discovers how deeply his father is tied to the recent crime spree, and the Mass Art Murderer plots his masterpiece. Everything is not what it first appears to be, and everyone has a secret.