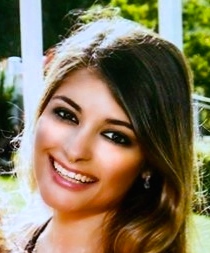 Sarah has been writing, in some form or another, since she could hold pen to paper. After graduating from UC Berkeley where she specialized in International Relations, she continued on for a Masters in Counterterrorism. Inspired by her Middle Eastern heritage and the rise of cybercrime, Sarah now works as a cyber security engineer while maintaining her passions in writing fiction and stand-up comedy.

Following a test-run historical fiction piece involving the post-World War I Greco-Turkish conflict written during high school, Sarah has recently moved into the realm of small press publication. Her debut novel, “Apex Five”, strongly reflects her areas of intrigue, including bioengineering, the clash of civilizations and the risks of rapid industrialization.

In particular, Sarah draws creative inspiration from world cultures such as Hindu mythology as well as real-life political issues, such as the Israel-Palestine conflict and the Native American/Australian Aboriginal genocides, to illustrate how morality is rarely ever black and white. Every villain has a backstory, and every hero harbors a hidden skeleton. 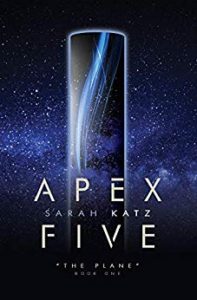 For millennia, the people of the Plane have worshipped five megaliths as relics of the mysterious Zaam. In recent years, the nation of Tabira has employed remarkably advanced technology to subjugate the entire Plane and eradicate all belief in the Zaam.

Now, the three remaining nations must uncover the secret behind Tabira’s sudden forward leap in civilization. At the forefront, a doctor, three intelligence officers and a former freedom fighter embark on their respective journeys to restore a balance of power to the Plane.