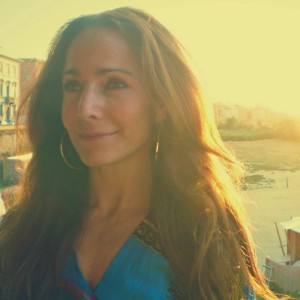 Shari Hochberg was born in New York, grew up in Florida and moved around from Los Angeles to San Francisco and eventually settling in her most favorite city in the world, Florence, Italy. She believes there is no “one-size-fits-all” way in life. She loves humor. She loves yoga. Her goal is to try to help others and bring them joy whether through her writing or through her yoga. When she isn’t writing, she hosts and teaches at yoga holidays in Morocco, Italy, India and beyond.

You can find her and learn about all of her up and coming writings and yoga adventures on her websites.

I Got Laid Off, Traveled and Wrote This Story (Comedy/Non-Fiction/Short Stories) 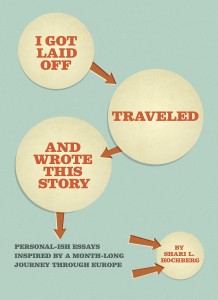 In her debut collection of real-ish stories, Shari recounts her time spent over the course of a month in France and Italy after a semi-traumatic layoff from her advertising job in San Francisco. Her travels conjure up embarrassing, uncomfortable, and at times absurd tales of the past woven into the present as she roams the streets from Paris to Milan. From her childhood with a gynecologist father she dubs “The Vagina Whisperer” to fantasy visions of two well-known celebrities in a mad chase for her affection through Lake Como, Shari is unafraid to share her ridiculous stories of her childhood through her present adulthood. Personal details of ex-boyfriends are fair game as well as family members and some ill-mannered high school classmates during a reunion. I Got Laid Off… also introduces us to a charming Italian with whom Shari had her sights on for more than two decades and after an awkward rendezvous, attempts to seduce in Italy. Shari’s candid tales from accidentally ingesting marijuana brownies to an audacious and stupid rescue attempt of a young man from a Parisian hooligan will hopefully both delight and cringe readers.