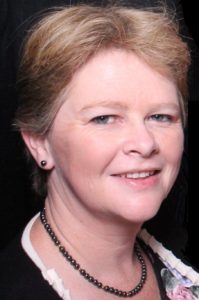 Sharon has been calling herself a writer since she was 8 yrs old. She wrote her first auto-biography at age 10. As a teenager, she was teased about being a witch, because she wore lots of black and walked around with a black cat sitting on her shoulder. She never disagreed too loudly as she found it amusing to keep everyone guessing.
Born and raised in South Africa she has called New Zealand home since 2008. Her life consists largely of looking after her husband, two kids, three cats, a dog, a pony and a horse, but her spare time goes into writing, reading, riding horses and quaffing good red wine.
Though she has had many jobs over the years, her favourite is, without doubt, being paid to write about the characters who take up residence in her head. She also loves animals of all shapes and sizes. She has owned cats, dogs, mice, rabbits, hamsters, guinea pigs, horses, miniature horses, pigs, cows and sheep. Having spent her teens working on farms and at petting zoos, she has handled everything from porcupines and warthogs, to ferrets and hedgehogs. She has hand-raised kittens, lambs and an eagle owl. If she ever gives up writing she’ll probably open her own menagerie. 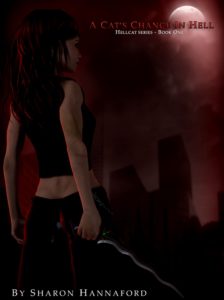 If the Demon Master gets his way the City is about to become Hell on Earth.

Gabi has some extraordinary talents. Some might call them supernatural, but for her they’re just part of everyday life. What she knows about the supernatural would give most humans nightmares forever. Ridding the streets of bad-ass creatures of the night is Gabi’s other job. Taking up the mantle of her father’s legacy, she is a Hunter for the Societas Malus Venatori. The first female ever bestowed the title. Her day job is a little less dangerous. Most of the time.

Being ambushed and kidnapped by the sinfully sexy Master Vampire of the City should have been just another night on the job, except for the fact that Julius has other plans for her. When he reveals that his nemesis wants control of the City and has plans to fill it with Demons from the Etherworld, creating an army of Ghouls and turning humans into nothing more than cattle to feed his Clan, Gabi must choose her path. She must decide whether to join with Julius in a stand against the Demon Master or flee the City with her friends and family, leaving the Vampires to wage their own war and the rest of the residents to their fate.

But it’s not in Gabi’s nature to back down from a fight, no matter how impossible the odds. As the Malus Venatori prepare for war, Gabi finds herself pulled deeper into Julius’s world and she makes some disturbing discoveries about her unusual supernatural abilities. Her existence might just be the answer to a mystery as old as the Vampire race. Even more unsettling than that is her undeniable attraction to Julius and the taste of his blood. But before she can come to terms with her conflicting desires they must all survive the Demon onslaught and find a way to safeguard the truth of her heritage.

While the supernatural bad guys know her as Angeli Morte, her friends call her Hellcat!

If you like your heroine smart, sassy and absolutely kick-ass and your Vampire hero sexy as sin and twice as dangerous you’re going to love the Hellcat Series.