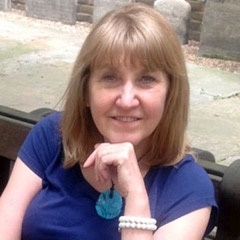 Sheila Rawlings was educated at the prestigious Bexley Technical High School for Girls in Bexleyheath (now known as Townley Road Grammar School for Girls). She then went on to complete a 4-year course in Graphic Design at Medway College of Art and Design in Chatham, Kent (now the University of Creative Arts).

After graduating from college, Sheila worked as a graphic designer for two mail-order companies – Freemans and Grattans – designing and producing their catalogues. Five years later, deciding she needed a more challenging role, she joined the magazine publisher Lockwood Press, where she was responsible for the design and production of their weekly trade journal, Fresh Produce Journal – as well as their various other publications. During that time, she also assisted their PR and marketing department, designing exhibition stands for various clients.

Having been an avid reader since childhood, working with journalists – and therefore the written word – eventually rekindled Sheila’s childhood love of reading and storytelling, prompting her to revisit a story she had started several years prior but, due to the pressures of work, never finished. The result was her debut novel ‘Truth & Revenge’, which was a finalist for the ‘Wishing Shelf Independent Book Awards 2014’. ‘Beneath the Fear’ is her second novel.

Sheila lives in South London with her husband and is currently working on her third novel.

Beneath the Fear (Crime, Pyschological Thriller) 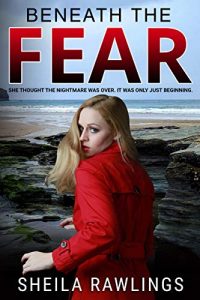 Spoilt and indulged since childhood, Samantha Copeland believes bad things only happen to other people. However, after witnessing her husband’s murder during a bank robbery in Oxford, that illusion is cruelly shattered.

Traumatised by the experience, Sam eventually retreats to the Cornish coast, where she hopes to heal her fragile state of mind. Unfortunately, instead of the peace she so desperately craves, she soon finds her vulnerability tested to breaking point by a series of unnerving and unexplained incidents. However, after meeting her enigmatic neighbour, Tony Walker, and local handyman, Nathan Scott, Sam soon discovers the worst is yet to come. 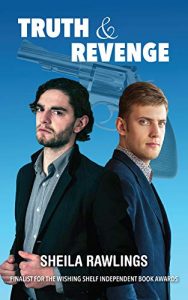 When Thomas Feldman, inspired by his links with Italy, decided to start his Anglo-Italian marketing company in 1948 he was determined that nothing was going to prevent him from building a successful empire, not even the happiness of his son Daniel. Therefore, manipulated by Thomas, Daniel devotes his life to carrying on his father’s ruthless pursuit of power by expanding the business into a worldwide organisation. After ill health eventually forces Daniel to retire, his son Simon suddenly finds himself having to abandon his own plans and take over responsibility for the family empire. When Christina Newman, a young and ambitious university graduate, lands her first marketing job at the prestigious Mayfair office of Feldman & Son, as assistant to the enigmatic Simon Feldman, she believes she has found her perfect job. However, she is unaware of the family’s turbulent relationships with each other, or that Daniel Feldman harbours a troubled past, the result of which had led to tragic consequences. After meeting and falling for the charms of the mysterious Mark Dempster, who seems to have more than a passing interest in Daniel, Chris soon finds herself being caught up in a web of secrecy and revenge, as she soon discovers that Mark is not the only one interested in making Daniel Feldman atone for his past actions.