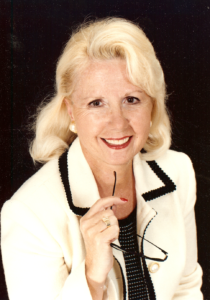 Former Silicon Valley Vice President of Human Resources, author Sherry Joyce released her first romantic suspense novel, THE DORDOGNE DECEPTION after being struck by lightning writing out postcards in a turret in a castle she rented with her husband on a vacation. Her newest novel released this year, DANGEROUS DUPLICITY, is set in El Dorado Hills (where she lives with her husband and two West Highland Terriers), Tribeca, New York, and St.-Paul-de-Vence, France. “Romantic Suspense is a genre that I enjoy writing because it is equally balanced between romance and mystery/crime thrillers. My stories help readers find strength in overcoming adversity, belief that justice can prevail, and in the end, the redeeming power of love is one of the most valuable gifts in life.” A frequent speaker and panelist on writing and career transitions from high-tech in the Bay Area to owning her design firm since 2000, SJDesigns Interiors, to author, she also is a guest feature writer for THE HILLS LIVING magazine. Last year she was a judge for Top of The Mountain Book Awards in Colorado. A Board Director for the Eldorado Arts Council in Placerville, as an artist and writer, she supports the importance of arts in community growth. She is a member of the California Writers Club, Sisters In Crime, Sacramento, Northern California Publishers and Authors, Women’s National Book Association of San Francisco and Romance Writers of America. Her short story, MURDER BY CONCLUSION was published in 2016 by Sisters In Crime/Capitol Crimes. COZUMEL CALAMITY was published by Northern California Publishers and Authors “Our Dance With Words Collection of Fine Writing.” She is currently working on a sequel to DANGEROUS DUPLICITY. 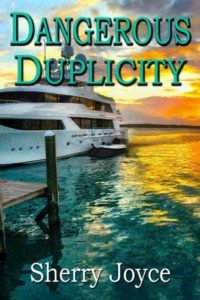 His little sister died—an unspeakable tragedy he could have prevented. Evan Wentworth, a grief-stricken cop from El Dorado Hills, California, changes careers and becomes a highly successful Jackson Pollock-like artist who falls in love with Aurora Banfield, his patron and owner of an elite Tribeca art gallery. Soon to graduate from Parson’s School of Design in New York, Evan vacations in St.-Paul-de-Vence, where he meets Danielle DuBois, the daughter of the owner of Gaspard Yachting, one of the largest charter yachting companies in the Riviera. Evan hopes to unravel his sister’s cold case, but becomes embroiled in solving another murder, risks everything and unwittingly puts her family in danger. Through lavender fields, to the ancient ramparts of St.-Paul, to multi-million dollar yachts on the Côte d’Azur, Dangerous Duplicity reminds readers why murder, justice and the search for redemption can have dire consequences.

An exceptional storyteller, Joyce weaves the most intricate, complex plots together with unforgettable characters in settings that come alive on the page. A scuba diver herself, she lets you experience the terrors of the deep while providing tremendous insight into human behavior and the redeeming power of love.
Terri D’Ayon, Director of Sales, Portola Hotel and Spa, Monterey, Ca.

Dangerous Duplicity is a riveting contemporary romantic suspense novel. Her believable, but flawed, characters captivated me with this layered story of a tormented young man determined to solve a murder that has haunted him for many years, even if it means keeping secrets from the woman he loves and possibly losing her.
Linda Townsdin, author of the Spirit Lake Mystery Series