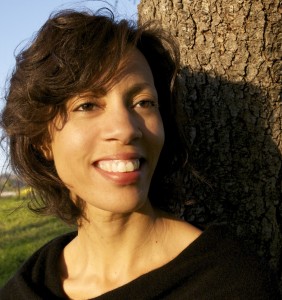 Sikivu Hutchinson, Ph.D. is the author of Moral Combat: Black Atheists, Gender Politics, and the Values Wars and Godless Americana: Race and Religious Rebels. She is the founder of Black Skeptics L.A. and a senior fellow for the Institute for Humanist Studies. 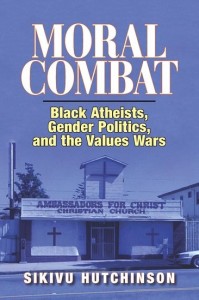 The word atheism elicits shock, dread, anger, and revulsion among most African Americans. They view atheism as “amoral,” heresy, and race betrayal. Historically, the Black Church was a leading force in the fight for racial justice. Today, many black religious leaders have aligned themselves with the Religious Right. While black communities are ravaged by global capitalism, the complicit Black Church is socially conservative on women’s rights, abortion, same sex marriage, and church/state separation. These religious “values wars” have further solidified institutional sexism and homophobia in black communities. Yet, drawing on a rich tradition of African American free thought, a growing number of progressive African American non-believers are openly questioning black religious and social orthodoxies.

Moral Combat provides a provocative analysis of the political and religious battle for America’s soul. It examines the hijacking of civil rights by Christian fascism; the humanist imperative of feminism and social justice; the connection between K-12 education and humanism; and the insidious backlash of Tea Party-style religious fundamentalism against progressive social welfare public policy. Moral Combat also reveals how atheists of color are challenging the whiteness of “New Atheism” and its singular emphasis on science at the expense of social and economic justice. 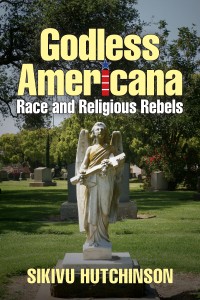 In Godless Americana, author Sikivu Hutchinson challenges the myths behind
Americana images of Mom, Apple pie, white picket fences, and racially segregated god-fearing Main Street USA. In this timely essay collection, Hutchinson argues that the Christian evangelical backlash against Women’s rights, social justice, LGBT equality, and science threatens to turn back the clock on civil and human rights. As a result of this climate, more people of color are exploring atheism, agnosticism, and freethought. Godless Americana examines these trends, providing a groundbreaking analysis of faith and radical humanist politics in an era of racial, sexual, and religious warfare.

“So much conversation regarding atheism and humanism gains no
traction, and does little to push beyond areas of comfort and well
worn arguments. Sikivu Hutchinson’s work offers an important
corrective to this. With clear and sharp insights, Hutchinson pushes
readers to recognize and tackle the patterns of thought and action
that limit any real ability to respond to issues of race, gender, and
sexuality from a transformative and humanist perspective. Read her
work, but fasten your seat belt first!” 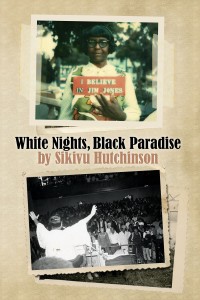 In 1978, Peoples Temple, a multiracial church once at the forefront of progressive San Francisco politics, self-destructed in a Guyana jungle settlement named after its leader, the Reverend Jim Jones. Fatally bonded by fear of racist annihilation, the community’s greatest symbol of crisis was the White Night; a rehearsal of revolutionary mass suicide that eventually led to the deaths of over 900 church members of all ages, genders and sexual orientations. White Nights, Black Paradise focuses on three fictional black women characters who were part of the Peoples Temple movement but took radically different paths to Jonestown: Hy, a drifter and a spiritual seeker, her sister Taryn, an atheist with an inside line on the church’s money trail and Ida Lassiter, an activist whose watchdog journalism exposes the rot of corruption, sexual abuse, racism and violence in the church, fueling its exodus to Guyana. White Nights, Black Paradise is a riveting story of complicity and resistance; loyalty and betrayal; black struggle and black sacrifice. It locates Peoples Temple and Jonestown in the shadow of the civil rights movement, Black Power, Second Wave feminism and the Great Migration. Recapturing black women’s voices, White Nights, Black Paradise explores their elusive quest for social justice, home and utopia. In so doing, the novel provides a complex window onto the epic flameout of a movement that was not only an indictment of religious faith but of American democracy.