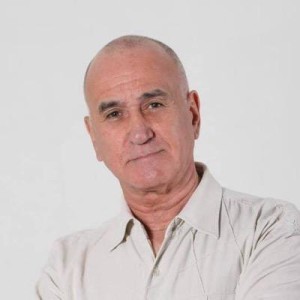 Stephen Rickwood lives near London in the UK. He is a former Bricklayer, Stonemason and club DJ in the 1980’s in Croydon, South London.

His interests include running, swimming and yoga and he was formerly a member of the famous South London athletic club, Herne Hill Harriers.

He was construction industry blacklisted after unsuccessfully suing thecontractor on the Eurotunnel terminus being built at Waterloo, London for wrongful dismissal because of his union activities. These activities were entirely consistent with his life long crusades against injustice wherever he has found it. Indeed, after taking a law course during the early 90’s in his spare time, he has put that knowledge learned to great success on many occasions both for himself and friends.

In more recent times he was a successful broadcaster on GalaxyGoldRadio where he created the international KarmaReggaeShow with it’s renowned Top 10 chart countdown. The show was syndicated out to OneHarmonyRadio London and also to ReggaeVibesRadio where he was also joint owner. He is the former manager of German reggae artist Roots Queen but decided to quit the reggae business in 2014 and retrace his journey to the book he started writing in 1999, after his spiritual awakening through a simple act of honesty. The book now named “Awaken Your Spiritual Power,” is the story of a revelatory journey of discovery where he discovered the secret of what in popular psychology is known as Belief System Conditioning. Belief System Conditioning is the source and the reason for the whole self-help industry in existence in the world today and the sole reason why so few have so much at the expense of so many. He says, it is the missing link and the only key to success in life that the whole self-help industry could not identify. Until now that is. 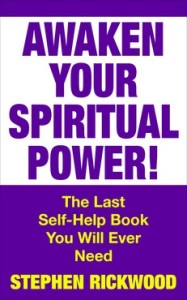 Awaken Your Spiritual Power can be described in a few simple but very profound words. In the beginning we were human beings. Then we were disconnected by race. Then we were separated by religion. Then we were divided by politics. Then we were classified by wealth. The book lays bare and exposes exactly how these factors were achieved to deceive the masses into transferring their power to pseudo false authorities operating a model of the world they created and we are all born into, identified in popular psychology as Belief System Conditioning. It is the ultimate self-help book

Indeed, the book cannot be compared to any other self-help book because nothing like it has ever been written before. On his website http://www.awakenyourspiritualpower.com The author, Stephen Rickwood describes how over the last 30 years he has read the works of Dr Wayne Dyer, Tony Robbins, Louise Hay, Eckhart Tolle, Rhonda Byrne, Deepak Chopra, Dale Carnegie,Norman Vincent Peale, James Allen, and Napoleon Hill, just to name a few of the very best teachers of motivation and spirituality. He realized that although many of these teachers described the effect of Belief System Conditioning, none had ever discovered the cause. This was the reason he realized that despite some very effective steps and strategies for motivation and success in life in these books, and that millions of people worldwide were buying these books in every increasing numbers year after year, the fact that these books continued to be published and bought each year meant that they were not able to deliver all they promised.

To read Awaken Your Spiritual Power is to understand why and how anyone armed with the new knowledge revealed in the book can at last, achieve anything their heart desires, but with one proviso. To succeed it is necessary to think and act in harmony with natural spiritual law. The book reveals all. In this book Awaken Your Spiritual Power. The reader will learn exactly how Belief System Conditioning is created and how it is used by politicians and bankers and many others, to lie and cheat the masses out of their biological inheritance.

The book is in two parts and in the first the reader is taken on a journey of new learning as Belief System Conditioning and it’s devastating effect in controlling the mind is exposed. The reader will learn how it was created into a sophisticated undetectable model of the world to create an illusion, a false artificial reality, then he/she will learn how the model evolved to embrace subliminal techniques through all forms of modern media that are injected into our minds to influence our behaviour in a negative way. The reader will also learn how he/she has been taught to believe that we are all only five sensory beings and by allowing ourselves to be programmed in this way our access to our spiritual power the sixth sense is blocked.

This is the power we were given to create happiness and prosperity for ourselves, but the book explains how that power has been stolen from us for the benefit of others at our expense. The book explains exactly how this belief is maintained and exactly how to reverse it and use it against any would be predator. It explains how to use the law of attraction in the way it was meant to be used without artificial interference from the effects of our mind programming.

In the second part there is a complete new formula for thinking to enable the reader to know the real difference between positive and negative, true and false, right and wrong. This way of thinking will maximize the benefits of abundance that the law of attraction is blocked from delivering in the normal programmed mind mode.

In short this book is nothing but a life changing, game changing compendium for success.