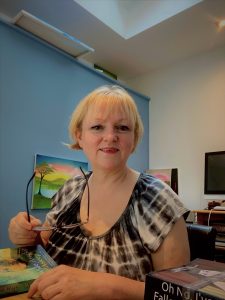 If T.E Kessler were Daenerys Targaryen (Game of Thrones), the introduction would read something like this:

T. E Kessler the first of the Midlands in Great Britain, Queen of sci-fi romance, Mother of the Jelvia: Not Human series, Writer of books, Ruler of the TV, the Unburnt in the kitchen and the Breaker of promises (when it comes to diets).

On a serious note, Kessler enjoys writing sci-fi because of humanity’s moral and philosophical issues in its role within the universe. She likes to explore human failures and victories present in modern-day society and mix them with sci-fi themes. Kessler also adds realism, human flaws, sex and emotion to her books to bring out the romance and, of course, the comedy of life in general.

Her books are aimed at adults.

…with another three books to conclude the Jelvia: Not Human series. Each book has its own story with satisfying endings.

Holding out for a Hero: Jelvia: Not Human Book 1 (Science-Fiction, Romance) 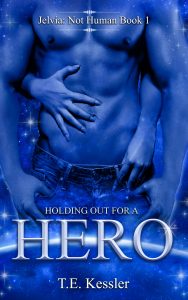 When she was a child, her mother was murdered, and subconsciously ever since, journalist Macy Shaw searched for a hero.

She found one, but the hero she found was a Jelvia.
Undeterred, she used her connections to go after the biggest story of her life.

Narcifer saved a woman by merely being a Jelvia—his presence causing terror and making the assailants flee.

And it amused him when his “heroism” created a national stir, so when a pretty little red-head asked to interview him for a story, Narcifer felt compelled to grant it to her, especially when she gave all the signals that she wanted more than a story.

However, on the night Narcifer inadvertently became a hero, he had been tracking a scientist with orders to kill, but strangely no matter where Narcifer’s line of investigation took him, his search always brought back to the red-headed journalist, Macy Shaw. 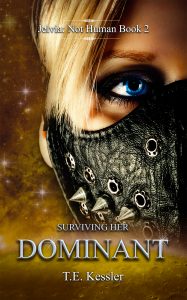 After an abusive relationship, which took Courtney five years to escape from, she now feels she needs a fresh start in a new town with a new job.

But her ex, Greg Martin, has found her and claims he’s a changed man.

He begs her to take him back.

Then there’s Aldarn, a Jelvia who is dangerous to humans, but Courtney’s attracted to nevertheless.

And both want to protect her from the other. 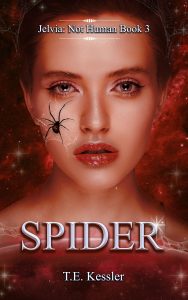 Bethany Roberts was born into a privileged life, but all that was taken away when, at nine years old, a car crash killed her older brother, and her mother received life-changing injuries. Beth’s younger sister, Lare, was too young to understand how the pressure affected their father and only saw him as a fun-time dad, spending money and giving them expensive holidays. But Beth was old enough to realise he was spending far beyond their means and drinking too much.

He lost them their beautiful home and lifestyle.
As Beth grew, she became a carer to both her parents and a mother to Lara. She gave up school and took menial jobs to keep a roof over their heads.

But it all came crashing down when Lara, now seventeen years old, became a statistic of the Jelvian onslaught on humankind. She disappeared.

And Beth, now twenty-five, has nothing to lose.

She is going to get her sister back.