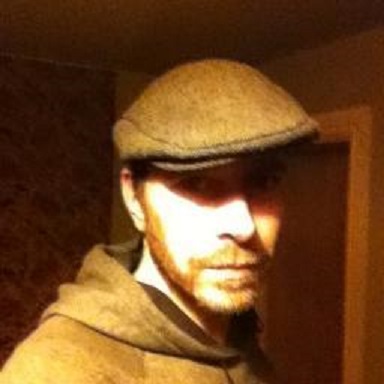 Tax may not be an issue that many writers want to spend their valuable time dealing with but as we all know it’s one of life’s two great certainties.  For any UK based writer publishing via the wonders of Amazon (or any other platform that allows you to sell globally) tax issues are very relevant indeed.  Sales on your book in the US will be subject to withholding tax, which means thirty per cent of your royalties will be withheld by Amazon and earmarked to be paid to the US tax authority, the Internal Revenue Service (IRS).  This only applies to sales to US citizens in the US itself and not to sales in the UK (if you’re a UK tax payer).  Tax may be withheld in some other jurisdictions but, in the case of the US, the UK benefits from a mutual Tax Treaty.  This delightful bit of tax legislation on either side of the pond means that as a UK citizen and taxpayer, you don’t have to pay tax to the IRS.  Naturally there are forms involved and a number of bureaucratic hoops to jump through but, with a little patience and a small amount of concentration, you can easily negotiate them.

In order to take advantage of the special relationship and, more importantly, the special tax treaty between the two countries you’ll need a tax identification number from the IRS.  There are two types – an ITIN (Individual Tax Identification Number) or an EIN (Employer Identification Number).  Those authors who have gone down the ITIN route will be easily identified by their white hair, if they have any left, and the dark rings under their eyes.  According to most accounts it’s a long, difficult process with mixed results.  To obtain an ITIN you’ll need to fill in a form, provide identification and then send the lot to Austin in Texas.  The alternative is to get a UK based “Approved Agent” to verify and approve your application or to visit the US embassy in London (fine if you live in London, but not so good if you don’t).  Either way, it’s a costly process and a frustrating one which can take up to eight weeks to finally be allocated with a number.

The Other Way to Skin the Cat

The good news is that an Employer Identification Number (EIN) takes one, single, simple phone call to acquire.  You may think that you are not, strictly speaking, an employer but as a writer you are self-employed and this means that for tax purposes you are in fact a genuine, bona-fide employer.  In the UK this makes you a ‘sole trader’ which in the US translates as ‘sole proprietor’.  The application forms and information from the IRS make it clear that the EIN is suitable for individuals, working for themselves and this applies to both US citizens and ‘foreign entities’.

Call +1 267 941 1099,  this number is a direct line to an office in Philadelphia which deals with overseas applicants for an EIN.  The cheapest way to call will depend on your phone package but for many people it’s likely to be a Skype call.  Be warned that the IRS department in question won’t take calls over ‘speaker phone’ so if you’re using Skype make sure you have a headset and microphone plugged in.  I called using Skype and spent forty minutes on hold (more about this later) and ten minutes in conversation; the total cost for the call was eighty pence, considerably cheaper than using an authorised agent to apply for an ITIN or a lengthy trip to London.

Singing from the Same Hymn Sheet

You may be told that you’ll need to fill in an SS4 form to apply; this is not technically true but having a copy of the form to hand is very useful indeed.  The reason being that the questions you’ll be asked are pretty much the questions on this form.  If you download a copy fill it in and have it to hand, so that you and your wonderful tax official will indeed be singing from the same hymn sheet.  If they insist that you must fill in the form and send it off first, end the call politely, and try again.  In my case this didn’t happen, but I’ve heard a rumour it can.  In most cases, on the second attempt, people find that they don’t get asked to fill in the SS4.

When your call is answered explain that you require an EIN for a foreign entity (that’s you, by the way).  They’ll ask you if you are a legal officer of the company which, being the the proprietor and chief executive of your very own cottage (flat/apartment/bedsit/garret) industry, you are.

Next up is your details, all the standard stuff such as name, mailing address and the country in which your company was incorporated.  Don’t be scared by this as the EIN is appropriate to a sole trader and therefore you count as incorporated!  They may ask, or should ask, if you require the number for compliance with withholding, the answer is ‘yes’.  They’ll ask the nature of the business and the sector; I said e-books and publishing.

Separated by a Common Language

Despite allegedly speaking the same language it’s easy to get things wrong.  My own address is difficult enough for UK ears, never mind ears at the end of a phone several thousand miles away.  Spell everything, including obvious things like ‘John’ as not everyone appears to be aware of the ‘h’ in there!  This is important because the records that the IRS hold will need to match up with the information you provide Amazon, or any other US publishing company.  Luckily the lovely tax advisers at the end of the line are aware of this and not only will they check spelling as you go, but will read everything back, checking as they go, once your done.

This process takes around ten minutes and at the end of it, without any fuss or nonsense, you’ll be given your EIN; they’ll read it out to you and then get you to read it back to ensure you’ve taken it down correctly.  They also post a copy of your information which takes about two weeks to arrive and there’s even a slip to return with any changes if any information is wrong.

Now for some form filling.

If you publish by any method in the US (Amazon, Create Space etc.) you’ll need to supply your EIN to each of your publishers.  There’s a form to fill in for this called the W8-BEN.  You can download this from the IRS website.  It’s a straightforward enough form in itself and you’ll need to add your EIN number in the space provided and your publisher identification number will need to go on the form (handwritten, in a corner will do).  Ensure that you spell out everything as per your EIN details and don’t abbreviate things like ‘UK’ but write ‘United Kingdom’ in full.  The completed W8-BEN then needs to be sent to your publisher (addresses should be on their websites).

All That Time on Hold

I mentioned my forty minute wait to get through to the IRS but don’t let that put you off, as it was almost certainly my own fault.  I called at around four in the afternoon, UK time, which would have been late morning in the US.  At the time of writing (June 2013) the department is open from seven am to ten pm (US time) and I guess that by ringing around midday UK time you’ll prove once again that the early bird catches the worm, gets its very own tax number and doesn’t have spend a lot of time on hold.

Any and all of the forms that you’ll require are available on the IRS website and some can be found (along with examples of how to fill them in) on the Kindle Direct Publishing pages.  Once the forms are filled in you’ll need to send them to your publisher, be that Amazon, Smashwords or Create Space (remember one form for each publisher).  If you’re still in the pre-publication stage, get your number now and have the forms ready to send off as soon as you publish, to ensure no royalties will be withheld.