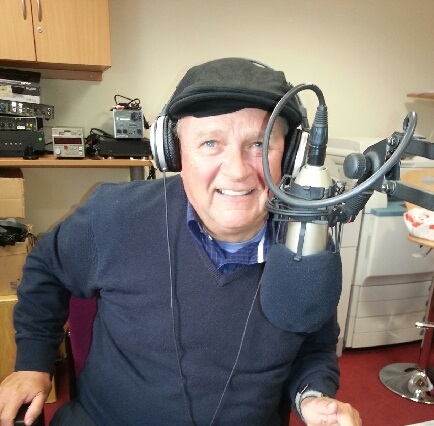 When I interviewed a group of MPs for my first book Commons People – MPs are Human Too, I wanted to encourage people to take more of an interest in the activities of our elected representatives and perhaps even engage with them a little more. After all, they are not our bosses inhabiting some kind of ivory tower, they are in the House of Commons to represent us and as such, we should be influencing their thinking and more importantly be more demanding of them, particularly as it’s our money they spend, tax payer’s money.

It would be unreasonable to expect an MP to know everything. We all need to take some responsibility for making them aware of the issues that matter to us. In my case for example, I lobby politicians on mental health issues.

Now with a General Election imminent, and the possibility of another coalition Government, it is more important than ever before that we, the public, play a far greater role and take a much stronger interest in the political agenda. After all, it would be a disaster if the balance of power was held by a minority party again, wouldn’t you agree? In my own small way, in an effort to aid that process I have revised and updated Commons People, with a new subtitle – Your Life in Their Hands, which I very much hope will not only be of interest to regular voters, and young people voting for the first time, but may also be of interest to those who never bother to vote, because our lives are indeed in their hands, and the decisions our MPs make impact on every aspect of our lives. surely we owe it to all we hold dear, and indeed ourselves, to make sure we have a say in who gets elected.

The revised book features more MPs including David Cameron and Ed Miliband, but more importantly it also contains some meatier questions, such as should voting be compulsory, should a Government have to honour the manifesto it was elected upon, is modern day politics open and transparent, will UKIP have a lasting impact on the political landscape, and should 16/17 year olds be given the right to vote?

It also continues to feature questions such as why did they enter politics, what was their first day like, who has inspired them, what have been their high and low points, what do they do to relax, what keeps them awake at night, and what would they do if they were Prime Minister, as well as some fascinating off script talk, as well as a new view from a prospective MP.

The non-voters will often say, ‘what’s the point of voting? They are all the same!’ which is of course utter rubbish. By perpetrating this myth they are saying that UKIP are the same as the Green Party. Clearly nothing could be further from the truth. In addition, as some of the contributors point out, there has never been such a wide range of choice on who to vote for as there is in the forthcoming election. Though I would concede that maybe there should be a box on the ballot paper that says ‘none of the above’.

I sometimes think we fall into the trap of looking upon a General Election in the same way as the American Presidential system, and all the media hype over a televised leader debate only serves to encourage that thinking.

I firmly believe everyone should vote and they should vote for the candidate they believe will best represent them in the House of Commons, irrespective of the party they belong to. We need to encourage more conviction politicians, rather than those who are only interested in their careers who will always tow the party line for fear of upsetting the party whips.

Sadiq Khan articulates the importance of voting far more eloquently than I could when he says,

“I passionately believe that a country who has citizens who are active, is much healthier and better than one where they are passive consumers. People need to understand if they want to live in a society that will fulfill their hopes and aspirations, they need to take an interest and get involved in politics.”

Spot on Sadiq, could not have put it better myself!

Commons People – Your Life in Their Hands will be available from 7th April via www.tonyrussellauthor.com www.troubador.co.uk. Amazon and I Books