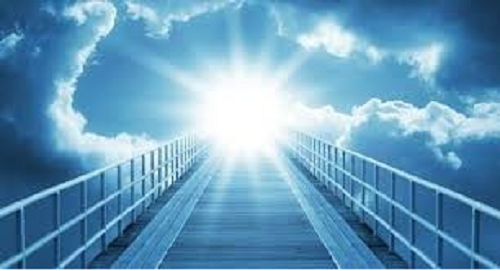 The city used to hum, but it’s empty now. I don’t know how far away my nearest neighbors might be. I haven’t seen anyone in weeks.

The café down the street used to start my cappuccino for me if they saw me coming down the block; extra hot, extra foam. I still walk over there once in a while, but I have to make the cappuccino myself now. I don’t quite have the hang of it, yet. I pulled up instructions on my phone for help, but practice makes perfect and the milk is getting old.

I always thought the internet would be the first thing to fall in the apocalypse, or that at least the city would be blacked out or something like that, but that’s not the way it is. The streetlights come on at night, and then go off again in the morning. I have full bars on my phone. The traffic lights change from red to green, and back again, though it’s true the abandoned cars never move.

Sometimes, I imagine that a truck is going to arrive, somehow that it will find a way through the congested streets to deliver fresh milk. I guess I used to think milk was as automatic as the lights. I guess I was wrong. Like I said though, I have internet access so there are videos, music, and old posts to keep me company. When a site I visited yesterday is gone today, I try not to think about it too much.

I spend a lot of time reading the news, trying to piece it all together, how it happened. Articles and videos from all over. Even if the language is different the story is the same: violence, looting, and rising death tolls. There isn’t much there to help me understand, but I keep looking anyway.

TC-9 was in the news a lot then too, just before everything went to hell. Back then the city was full and alive, I was the business end of a biochemical research juggernaut. Investment capital was our primary source of funding; I was hired to open doors, and when I couldn’t open them, my job was to knock them down. I didn’t always understand the complexities of our products, but I knew value when I saw it, and how to sell it. When Jon showed me the early results of the Tardigrade Complex, I was filing for the patent within the hour.

As soon as financial and legal gave us the thumbs up, we sent samples out for peer review. As the reports came back fully supporting the veracity of our claims, TC-9 became the more popular than Oprah.

My office was flooded with inquiries. How did it work? Do the cells really stop aging? Could the treated cells actually survive in space? Was TC-9 tested on human tissue yet? How soon to market? The questions spanned from the practical to the sensational, and we had answers for all of them, or Jon did anyway.

Jon was the principle scientist at our company and the mastermind behind the entire project. He had been the one to unlock the potential, to develop the delivery method for TC-9 that allowed it to propagate to all the cells of a complex organism from a single injection. When it was clear that our big payday was coming, he was the man I wanted to congratulate so I took him out for dinner and drinks.

After just a few snifters of scotch I was surprised to hear—for the first time—what Jon actually believed about his discovery. He told me he believed we had discovered the key to life. These were the seeds, I remember his eyes were wet and bright and manic, that spread life through the vacuum of space to the cold lightless reaches of the universe. He went on and on. He was high on himself, I supposed, and why not?

I listened to Jon for the rest of the evening without paying much attention to what he was saying. I chalked it all up to drunks shooting the shit. I’m not sure I could have changed anything even then, but I wish I would have taken him more seriously that night. I wish when Jon suggested that we ramp up to human testing as soon as possible that I hadn’t been so drunk that I agreed with him. He held me to it. We started with rats.

The experiments almost worked from the very beginning. I say almost because we got everything we thought we’d get, it just wasn’t the way we wanted it. It’s that cliché about horseshoes, or second place, or cigars… we were close and simultaneously about as far away as we could be. The TC-9 inoculated rats didn’t age or suffer from exposure to extreme temperatures and pressures. They didn’t need to breathe either. All of the results were pretty impressive, but the rats weren’t really rats anymore.

For several days, we thought the TC-9 rats had suffered from diminished cognition, loss of motor function, and fine control because they couldn’t make it through the most rudimentary mazes anymore. They appeared lethargic and disinterested, and even slightly drunk in the way they stumbled around haphazardly walking in circles and bumping into walls. After weeks of examination Jon’s team hadn’t solved it, but they’d been looking at the problem wrong backwards. It turned out the problem was one of motivation. An intern figured it out.

I don’t remember her name, but I was there when she spoke up. The young woman proposed that the TC-9’s didn’t need or want much of anything, but that sex might still be a significant incentive. She said something like, “I wonder if they still wanna fuck?” and Jon took it from there.

The TC-9’s had been kept in isolation, completely sealed off from one another until then. Jon placed a control rat at one end of the maze, and a TC-9 at the other. Both rats started running the maze. The TC-9 moved toward the control with quickness and determination greater than any rat looking for food. The control ran too, frantically trying to get farther away from the TC-9. We’d never seen anything like it.

When the TC-9 eventually cornered the control it attacked it viciously. We stood there and watched. I don’t think any of us knew what to do. None of us had ever witnessed violence like that before. When the attack stopped, the TC-9’s fur was matted and dark and the remains of the control were unrecognizable. We were stunned quiet, but I remember hearing Jon ask the intern to clean the maze as we left.

The team had been testing the most complex maze they’d built so far, and the TC-9’s we’re handling the additional turns and traps easily. One TC-9, though it caught the control quickly, lost interest after only a couple good bites. The “bait” rat was merely wounded, and then left alone. Its wounds were evaluated and treated and it was placed back into the common area with the rest of the control rats. Jon dissected the “merciful” TC-9, but was several days before I received any word from him describing his findings. Attached to the report was a request for fresh rats.

The report was oddly anecdotal for Jon. He recounted how he’d suspended the maze tests while doing his analysis of the aberrant TC-9, and that since most of the lab work was just sitting and waiting, he’d sent everyone home for a few days. Apparently only a day later, Jon received an auto-generated email alert from the food and water dispenser system; the controls had stopped eating and drinking. When he went to look at the rats himself, most were dead, but a few were only wounded. He surmised some kind of inexplicable contamination.

The remainder of Jon’s report detailed what he found out. The glands in the inoculated rats had mutated and begun producing TC-9 for themselves. The saliva of the rats contained large quantities of the drug, and that was the cause of the contamination. The super-cells he’d created had found a way to propagate, and he was quite proud of it. That was the last correspondence I received from him.

After enough time passed with no word from Jon, I finally went to see what the fuck was going on in person. The lab was completely vacant. There was blood everywhere, and pieces and parts of… I assumed it was human because of the quantity not because I could recognize any of it. I remember grabbing Jon’s laptop—not knowing why I grabbed it—and securing the building. I locked the whole place up tight, and left.

It was on the plane home that night that I’d caught the news. Reports of spontaneous and escalating violence were coming in from around the globe. Mobs were overrunning cities unimpeded by local authorities and law enforcement. I recognized the name of each city because I’d personally and proudly sent each a sample of TC-9.

By the time I got home military forces were already being deployed, but it was too late; there were so many rampaging people that nothing could be done to stop them.

I saw the videos. I still watch them sometimes. The bloodshed at the beginning was indescribably horrific. The TC-9 affected humans didn’t care about tear gas or bullets, though sometimes explosives did work. I figured out from the videos that severe brain trauma was the key to stopping them, though it probably doesn’t actually kill them. I still search for new videos every day. I guess I’m just trying to make sense of it all.

I’ve been completely through Jon’s computer, but I still read through his emails now and again. There were several drafts that Jon never sent to me. It seems like he wanted me to understand why he was doing what he was doing. He explained how “it” was always present in the genes, that he’d only “unlocked” the existing potential. He said “it” was how we all got here in the first place.

TC-9 reconfigures existing genes making them more resilient to extremely adverse conditions. These fixed genes have far fewer needs than our inferior versions, allowing the corrected organism to be focused only on the most important needs to replicate and propagate. TC-9 will make humans better humans. We can finally exist without all of the directionless struggles and irrational distractions, without all of that wasted energy on philosophy, art, and literature. We can be complete.

I’m not sure that Jon knew he was describing zombies.

I definitely don’t think he knew how they’d populate the universe, but he was right that they would after all.

I found videos of men and women being loaded onto space shuttles and rockets. Every country that had a space program was trying a last desperate attempt to save humanity from extinction. They were taking everything with them that would give them a chance to survive. They took food. They took good luck charms. They took scientists. They took priests. They took drugs… they took TC-9.

Maybe they took the samples with them because they knew it was the cause and they were desperate to understand it in order to reverse the effects? Everything happened so fast though, I doubt anyone even suspected TC-9 was the source. No. The truth is that someone in charge had probably read the article in the news, the one that quotes me, “Thanks to TC-9, someday—probably in the not too distant future—human beings will be swimming in outer space.”

* Enjoyed this? For more on Aaron Safronoff please visit his Author Page