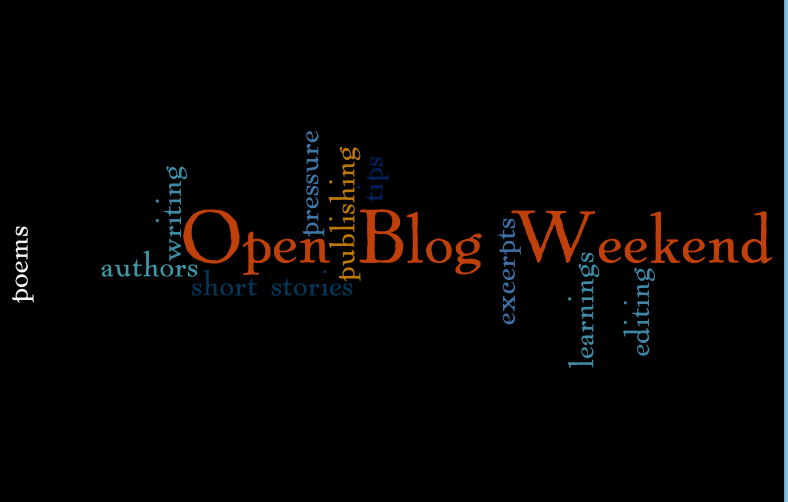 I’m an action junkie, no two ways about it. Superheroes, sci-fi, fantasy, horror––if it gets my blood pumping, then I’m game. I write what I love, so my stories are bursting from the seams with action sequences, from personal duels to epic warfare. As a screenwriter, I learned to embrace an economical form of prose where I had to be extremely picky with details. Venturing into novels has allowed me to expand beyond those limitations, but more is not always better.

When writing action, it’s most effective to choose details that highlight the dramatic experience of your characters. Even in battles between armies, your core characters should always drive the action forward. Visual presentation is equally important. How words fall on the page can set the pace while guiding the reader’s eye through the flow of action. With those ideas in mind, I’ve brought a unique balance of cinematic and literary qualities to my action-oriented storytelling.

Brawling on a Foundation of Character

Writers are not action choreographers. We can’t describe an entire fight blow-by-blow or risk causing reader fatigue. To maintain consistent, dramatic impact for an action sequence, begin by focusing on broad imagery that establishes the stakes and tone as it relates to the characters.

My fantasy epic, Fall From Grace, is a war story with no shortage of fighting. In the climactic battle between angelic brothers Michael and Satan, I resisted the temptation to choreograph every movement of their duel:

Satan and Michael flew at each other as if propelled by Creation’s fears and hopes, neither swerving from the imminent collision. Their speed seemed to bend time and space around them, trailing nebulous colors like prisms of suspended matter. Excalibur and Wormwood struck in a concussion of sparks that toppled the brothers to opposite ends of the Chamber. The initial blow embodied all that Satan had expected from the confrontation––combat evolved into sacrament.

This initial description gives a sense of importance and grandeur before the reader is plunged into more explicit details. In any story, a fight acts as a portal into the troubled minds of its participants. What does the action mean for them on an internal level? That’s where the drama and tension come from, not from blood and broken bones.

Know your audience. Readers may also expect a certain amount of “close-up” detail akin to slow motion effects in movies. They want to feel the full significance, body and mind. Carefully chosen descriptions of key blows can accentuate the physical and mental toll for the reader while shifting the action in a new direction. No one wants to endure a stagnant beating that never evolves from the first blow to the last. For example, when Michael’s mind falls to distraction, Satan capitalizes on the momentary lapse:

The Fires of Creation bordered Michael and Satan’s battle like pillars, His sons battered and caked in each other’s blood. Michael was locked in the very confrontation he prayed every day to avoid but always knew was fated to occur. He lost track of time, stuck in a world of fist and sword. How long had he been fighting with Satan? What if he prevailed only to be alone in the ruins of Heaven? Perhaps he could hope for nothing better, a deserved punishment for a––

Wormwood pierced the meat of Michael’s thigh and snapped his thoughts back to the battle! The blade slid in and out so quickly that the flesh remained whole until he took a step.

George R. R. Martin’s A Song of Ice and Fire saga is laden with graphic action. In A Storm of Swords, the duel between Prince Oberyn and The Mountain builds to a fever pitch before summarily ending in explosive, heart-wrenching fashion that is equal parts shocking and emotional (spoilers):

‘Elia of Dorne,’ they all heard Ser Gregor say, when they were close enough to kiss. His deep voice boomed within the helm. ‘I killed her screaming whelp.’ He thrust his free hand into Oberyn’s unprotected face, pushing steel fingers into his eyes. ‘Then I raped her.’ Clegane slammed his fist into the Dornishman’s mouth, making splinters of his teeth. ‘Then I smashed her fucking head in. Like this.’ As he drew back his huge fist, the blood on his gauntlet seemed to smoke in the cold dawn air. There was a sickening crunch.

Beacons in the Chaos

No epic tale is complete without a massive battle between armies. It’s practically a requirement for the fantasy genre, but the increased scale brings a unique set of challenges. The key is to not get caught up in every step of the battle on either a macro or micro scale. To help the reader stay focused amidst the minutiae of warfare, the main characters should act as guiding lights. Pillars of support.

In the largest battles of Fall From Grace, my characters are often placed on various fronts of the action. This provides the reader with different points of view from the accessibility of familiar faces. Quick snapshots of what each character endures keep the reader grounded between select descriptions of overall battle progression. The reader becomes engaged in the pandemonium instead of being a dispassionate observer.

One scene in Fall From Grace finds Michael swarmed and outnumbered by a legion of demons while trying to provide refugee angels a chance to escape. As always, the most pivotal aspect of the scene is Michael’s perception of the events:

Every neuron in Michael’s brain activated, firing synapses that made it seem as if the demons were moving through liquid. His punches connected unhindered and sent ripples through their skin. Streams of blood floated in the air like ribbons. His heartbeat was a gradual bell of thunder that tolled for each fallen foe, but he did not fight with Satan’s egomaniacal rage. Michael foughtfor others using the serenity of his blessed union with the Creator. He fought for the refugees, for the Host, for Heaven, and for the very future of goodness. He fought to restore the balance of Creation.

Fantasy legend J. R. R. Tolkien crafted a pristine and succinct conflict in the battle of Helm’s Deep from The Two Towers using clear and concise details to plot the overall carnage:

Against the Deeping Wall the hosts of Isengard roared like a sea. Orcs and hillmen swarmed about its feet from end to end. Ropes with grappling hooks were hurled over the parapet faster than men could cut them or fling them back. Hundreds of long ladders were lifted up. Many were cast down in the ruin, but many more replaced them, and Orcs sprang up them like apes in the dark forests of the South. Before the wall’s foot the dead and broken were piled like shingle in a storm; even higher rose the hideous mounds, and still the enemy came on.

Still, Tolkien rarely spends more than a paragraph or two at a time concerning the larger flow of battle and always comes back to his characters. Whether its Legolas and Gimli counting their kills or Aragorn riding out on horseback to inspire the troops, the reader knows what each character is contributing and feeling.

If characters get lost in the tsunami of swords and soldiers, the reader will too. A battle, no matter how intricate and well plotted, has no meaning without its central characters. Endlessly describing the clash of nameless soldiers is akin to overuse of CGI armies in film––it’s shallow and transparent. Cheap thrills. For any action scene to be successful, no matter the scale, it has to advance the story and the characters’ personal arcs.

Action is momentum. Screenplays are often read very quickly, so I utilized various visual techniques to capture the reader’s eyes and hold their attention. I dictated how I wanted my action to be read: when the reader should take a breath, when they should accelerate from one description to the next, and what moments should carry the most weight.

Though utilized to a lesser degree, novels can still suggest momentum by how the words arealigned on the page. One of the simplest methods of emphasis is placing a description on its own line. Rather than having one huge chunk of action, split up the beats. Add in ellipses. Use dashes at the end of one line before jumping to the next. Even incomplete sentences can be effective. Fiction writers have more leniencies with stylistic grammar.

Fall From Grace opens with a race between Michael and Satanail where I had to establish the surreal speed and maneuverability of their flight:

Michael shook off Satanail’s grip. He could finally best his brother…but a cluster of oblivious angels flew into their route!

No time to brake.

Michael and Satanail each veered to one side.

The air stretched like elastic then snapped back at the angels in a delayed cyclone, toppling them in every direction!

All thoughts of the race were abolished from Michael’s mind. Satanail continued on, unaware, his vision locked on their goal. Michael scanned the skies: a dozen angels were plummeting to the ground, wings useless from the race’s volatile momentum.

In one breath, Michael calculated the trajectory of each angel. He zigzagged and caught one…two…three of them like plucking feathered raindrops. Michael’s steering seemed to negate gravity, the green flashes of his wings bridging between angels like an aerial sigil of gallantry.

Authors Camilla Ochlan and Bonita Gutierrez employ these methods to great effect in their action/fantasy novel The Werewolf Whisperer about an epidemic that turns the populace of Los Angeles into werewolf-like creatures:

Gabe’s already large frame now appeared monstrous, the muscles of his back and arms bulging and pulsing, his bones lengthening and cracking. Clean-shaven a moment ago, his face looked dirty with dark stubble. His hair, always cut high and tight — a remnant of his time in the service, now brushed his shoulders and rolled down his back like a messy lion’s mane.

Gabe roared like an animal in agony and ripped through one of the men’s throats with the startling long, curved claws of his bare hand.

He grabbed a gangbanger with the other hand, dangling the man off the floor and shaking him by the face like a rag doll.

Lucy started to black out as what felt like a massive shockwave rocked through her body.

Gabe’s post-transformation is described in full to give a sense of extended terror before each subsequent action beat receives a spotlight. It’s easier on the eyes than one giant paragraph, and every new line almost feels like a fresh camera shot in a movie.

Action is a wonderful tool that can infuse energy into a story, but the best sequences leave the reader with a greater understanding of the characters. Violence is an extreme reaction to a situation, so any instance of it speaks volumes about those involved. Whether you’re tackling a simple fistfight or trying to maneuver thousands of soldiers across a battlefield, let the characters guide your prose. Listen to their thoughts and emotions. If you as the author don’t feel anything in that moment, neither will the reader.

With the right combination of striking but economical details, constant focus on the main players, and a fluid placement of words on the page, an action scene can elevate the dramatic depth of an entire story.