Self-editing is possible by L.J. Hutton 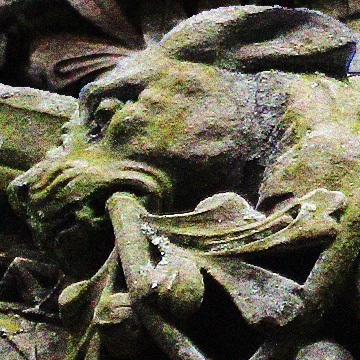 Many of you reading this will have come across the often repeated advice to self-publishers to get an editor. I don’t doubt that it’s good advice, but what do you do if it’s just not possible?

Good editors don’t just appear out of the blue offering their services for free. In fact it’s probably fair to say that someone who really knows their way around the book publishing industry, and who can do more than act as a human spell-checker, is going to be earning their living doing it, and will therefore want to be paid a respectable amount for sharing their skills. And how are you going to know if you’ve found the genuine article or not? Well-known authors aren’t in the habit of blazoning the full name of their editor in their credits, usually referring to them by forename only; and there are some so-called editors out there who don’t do anything like a good job. When you’re paying out what could be a large sum of money, you want to be sure you’re going to get what you paid for.

At this point I’m going to nail my colours to the mast and admit that, although I have two good degrees from a very good university, the current economic climate means that I’m earning the daily bread working at a supermarket. Given what I earn, therefore, paying a profession isn’t an option, and hasn’t been for some time. I therefore had no choice but to find a way around the problem of picking up the glitches in my work myself. It’s not easy, in fact if you do it well it’s downright hard work. There’s no place in this for saying “I just want to be a writer”. You have to take responsibility for your work in a much wider sense than just the writing it down. But it is possible to do as good a job on editing your own books as many of those who market themselves as editors, and it’s not rocket science either!

However before we start, make a copy of your file! Use the ‘save as’ feature and give it a separate name, so that if you do do something awful you still have your original document unscathed to go back to! I tend to call my versions something like ‘edit 1’ and ‘edit 2’, and work on the second one until I’m sure I’ve got it right before filing the original one away.

Now a spell- and grammar-checker on a computer will pick up those ‘dyslexic finger’ moments when you’ve scrambled the letters of a word, but it won’t necessarily pick up words in the wrong place, or use of an incorrect word. It takes close reading to do that – and in this respect the industry prophets of gloom are right in saying that, when you’ve just finished writing your book, you’re too close to it to be able to spot those flaws. But the key part of this statement is the ‘just finished writing’ bit. Given time you too can have a very different view of your own work.

So my first recommendation is that when you’ve finished writing and have done that first read through to sort out the obvious blips, stick it on one side and don’t look at it for a good six months. (I’m assuming that you’ve had the sense to run the checkers over it by now!) Save it. Put it on a disc or whatever and bury it in your underwear draw if you need it to be out of sight! Go off and start writing the next book. Research the next book. Edit a friend’s book! But just don’t look at yours.

Because what you’ll find when you come back to it is that you have a whole new viewpoint on it. The essential thing which has happened in those months is that you’ve gained some separation from what was in your head at the time you were writing it down. Try to do this after only a month, and you’re still close enough to it to be able to recall what you meant to write. And so you won’t see what you actually did write. Once you’ve given it six months or even a bit longer, you’ll be able to see the actual words on the page, not the story in your head. You have the distance to be able to look at a passage and think, “What on earth was I trying to say here?”

And in this respect you are going to be a much better judge of what you’ve written than someone else. You know where you want your characters to be heading. You, more than any stranger, will know whether your characters are suddenly behaving out of character. You will know that the person who walks in and out in chapter three is essential to the story later on, and so can make the right kind of adjustments if they’re not memorable enough, or don’t make the right first impression.

However you do have to be firm with yourself. Really, really strict with yourself! At every stage you have to be asking yourself how this will read to someone else. If you’ve referred to ‘him’ several times in a paragraph, is it clear which ‘him’ you mean? That’s a really common mistake to make and yet not always obvious at first. And have you punctuated it right? If in doubt read it out loud. If you’re gasping for breath like a goldfish out of water by the end of the sentence, you probably want to rethink where the emphasis is and re-punctuate!

And here’s where the next trick comes in.

If you take the image you’re looking at up to 125% or even 150%, it’s amazing how many more errors leap out at you. For a start it’s harder to read it too fast and find yourself skimming the words rather than examining them. The ‘where’ instead of ‘were’ kind of mistakes will leap out at you, as will commas for full-stops, and double spaces between words instead of single ones. And having to scroll to get to the next section slows your reading down so that you don’t get too caught up in the story again.

Remember, you need to be pausing to think about what you’ve written, and again, in this respect you’ll do better than a stranger because you already knows what comes next. You know who’s hiding in the closet. You know who committed the murder. Or who ran off with the hero’s wife. On several occasions I’ve read a so-called professional book and found that the further into the book  I’ve got, the more errors there are, and it probably has a good deal to do with the editor becoming more the reader, and not keeping their distance from the story. For you the author, there’s no suspense in that way, so make good use of it!

Using the increased View size also helps when you come to sorting out formatting. Sadly, whether you’re going to do your own placing of books on e-platforms like Kindle and Smashwords and need to get the whole thing right, or are going to find a local small press to print your books, you’re still going to have to get to grips with at least the basics of formatting. By this I mean things like how you layout your paragraphs. For a blog like this, meant to be read on a screen, it’s better to have a line between paragraphs. However for books you really need to be thinking about indenting the first line of a paragraph and not having the line-space. But make sure your book is consistent whichever you use!

There’s a wonderful guide online by Mark Coker (who runs Smashwords) on formatting. It’s easy to follow for even the most technically challenged (as I was!) and it’s free to download. I found this an absolute boon when I was trying to get my books ready to upload, and wouldn’t be without it. But even without it, if you look at the top of your Word document (and I’m assuming here that most people will be using Word at some stage, even if it’s not your first choice of word processing package, because it’s so universally accepted) you will find in the ‘paragraph’ box this symbol  ¶  If you click this it will reveal all the commands in your document. All the times you’ve hit the shift key several times instead of the tab, for example. If you can at least make your document look consistent throughout, it will immediately appear more professional. For e-book submissions it’s better to keep to left-justified, because then the text will wrap around to fit the size of screen it’s being viewed on. Printed books want fully-justified. However, if you’ve got your basic document set up right for one, then at a later date shifting it to create the other format is incredibly simple.

The third and final trick to doing your own editing is, don’t do too much at one go.

Three or four hours at one sitting, max’!

Honestly! You can’t keep your focus at the right intensity for longer than that.

And I would advise that if you do an hour to an hour and a half in one go, then you need to get up and go and get a coffee. Put the mouse down and move away from the screen! It’s the only way to avoid getting blurry over what you’re looking at. If you want to do more in a day than four hours, then make sure you have a good couple of hours break before sitting down to it again. Walk the dog, have a meal, but stay away from the computer. There’s no point in thinking you can hammer through this in day-long burst. If you do, you’ll only have to go back and do it all over again. When you’re writing it’s a different matter. When the ideas are there you can keep going. In fact sometimes it’s absolutely essential to keep going while the muse is flowing! But editing is just the reverse. It’s about cold, hard logic, not inspiration. If your muse starts poking its head above the parapet, stop editing and start writing something else.

So that’s it. Three simple steps and you will find you can begin to do a really good job on your own book. Remember,

I fully understand the desire to be getting your books out there when you’ve written them, but what you’ll see from the above is that time is your best friend in this. And if waiting months seems unbearable, just remember that if you were to be accepted by a major publishing house, you would almost certainly be waiting a year or more before you saw your book finally in print! So why not put a lesser wait to good use? You’ve got nothing to lose and everything to gain.