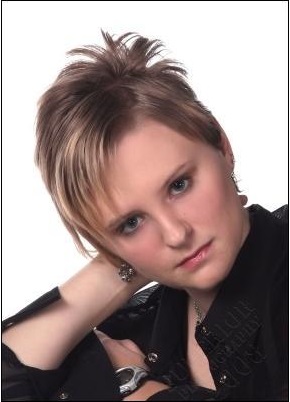 Sure! My name is Sam, I’m 25 years old, I currently live in Michigan and I have the pleasure of writing for a living! I am a freelance business writer and though I am not (yet) a full-time novelist, I still love what I do. I just finished my 5-book wartime scifi/fantasy series this year and in 2017 I will be going abroad to Australia and SE Asia for most of the year, hoping to get inspiration for a new novel and take on some new business writing projects. 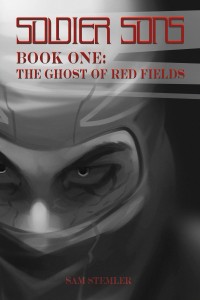 This year I completed my scifi/fantasy series Soldier Sons and I’m very pleased with how it turned out. After the draft was completed, I challenged myself to edit, finish and publish one book in the series every three months, and I (just about) did it! Starting with the Ghost of Red Fields in Oct 2015 and ending with Assault on Reignhold in Aug 2016, it was a massive undertaking that I am extremely proud of. While readership is small, more people are getting hooked everyday and the response has been very positive and very rewarding.

I wish I had known when I started what I now know and I wish I would’ve pushed each book a bit harder when it came out. Being a shy person, shouting on the hilltops about my books is a challenge, but I know they are worthy reads and I’m working on finding a hilltop and a voice.

I’ve really tried to listen carefully to other writers as well as loyal readers. With this series I made a huge effort to be more concise (my previous book was almost 700 pages) and make a fast-paced narrative, and I think I accomplished that. I also wanted to get readers deep into the characters’ heads, as deep in as I was, and a few hints from other writers and critiques from readers helped me do it. 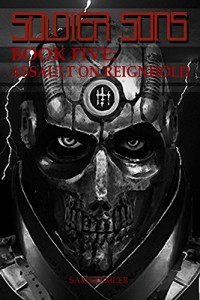 Definitely finishing Book 5: Assault on Reignhold. I struggled with the ending a lot and I was working on a lot of other things at the same time. It sometimes felt like it would never be finished (and part of me didn’t really want it to end!) but when I held the last book in the series, completed, it was an enormous sense of accomplishment.

The most surprising moment was a (sort-of) fan that reached me on Twitter after writing a 1-star review. He had so much knowledge about the book and so many good questions, I was surprised he didn’t enjoy it. I actually really enjoyed talking to him and, after answering his questions and assuring him there would be more answers revealed later in the series, he changed his review and started with the next book!

I’ve mailed books to a Goodreads fan in England and I’ve been so pleasantly surprised with how much he’s enjoyed the books and the great reviews he’s left, and it’s so nice to think of my books traversing the world. Whenever I feel down, I read his reviews!

For sure, there’s learning experiences with every book and I always wonder “why didn’t I know this sooner?” A big one this time was seeing how much work it was to create a fictional universe and the sheer amount of time and effort it takes to make a series! For some reason, I thought world-building would come naturally, sort of like character development, but it really doesn’t and to make something immersive and relatable you have to do a lot of real-world research. It’s fun, but it does take a lot of time and I have a lot (lot, lot) more respect for authors who really do amazing world-building, like Brandon Sanderson or Robert Jordan.

Honestly, just jump in. There’s a lot of naysayers and critics who say indiebooks are going this way or that way, paper books and big publishing are going this way or that way, people don’t read books anymore etc. The industry goes up, it goes down, it changes very rapidly and, though it’s good to stay on top of new trends, if you love to write and you want people to read what you write, there’s never been a better time to put your work out there. That said, have respect for your work and yourself; don’t put out throw-away books just because some people do that and don’t put out a book that you yourself wouldn’t like to read.

I will be going abroad to find a new adventure!