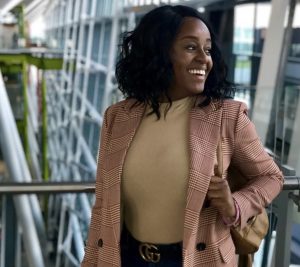 Born and raised in South West London, Charlotte Murphy has been reading since she was three years old.
Growing up in a house with younger siblings required her to find a way to escape the responsibilities of the eldest child and escape into any world she chose. Her love of reading and the worlds she found within those pages, eventually morphed into creating her own stories and finally, after false starts and revisions, she took the leap to release her own work into the world.

After graduating in English and Creative Writing at Brunel University back in 2010, Charlotte worked consistently within the corporate realm while writing in her spare time. Early work can be found on her Wattpad account that consist mainly of romance novels. She won a short story contest with Mills & Boon’s: Harlequin Presents… in 2008 and self-published her first novel in February 2018.

After many revisions and design updates, Charlotte’s Fantasy Trilogy The Antonides Legacy was released in its entirety in February 2020. A project fifteen years in the making, Charlotte hopes these books will reach out to an audience who appreciate excitement, simplicity and diversity in their choice of reading.

Charlotte is currently working on the prequel to The Antonides Legacy as well as fleshing out the beginning plot of a new novel called The Court of Night and Wolves. 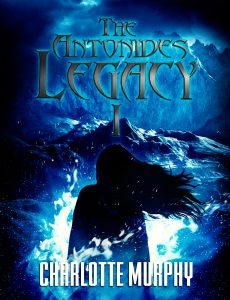 After many peaceful years on the throne; King Alexander XII of Mortania is murdered by the usurper Curian Greybold; and the king’s wife and baby daughter are forced into exile.
Their only child and heir, Princess Trista Antonides, is torn from her mother soon after in order to save her life and grows up unaware of who she truly is.
Years pass before Trista discovers her true heritage and the abilities she now possesses; given to her by the omnipotent magic known as, The Everlasting.

When soldiers discover her location and are sent to kill her, Trista is forced to master her new powers in order to save her people, her family and ultimately; her crown from the clutches of evil. 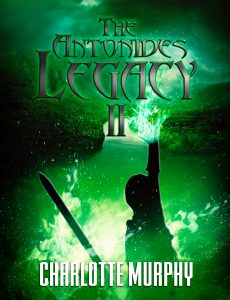 Using what could be the last of her powers, the sorceress Rayne sends Trista and her best friend Dana to the southern province of Priya.
There, she finally meets Gorn Antos, former General of the Antonides Army and her late father’s best friend. Gorn, along with his warrior son Oren, teach the girls the ways of combat for the ever-looming war against the Greybolds.
Baron Lyon Dreston, still pursuing the Mortanian crown for himself aligns himself with another barony in a bid to overthrow the sadistic princess, Briseis Greybold.

With her new-found connection to Briseis and a set of volatile skills she must continue learning to control, Trista embarks on what could be the toughest part of her journey so far. 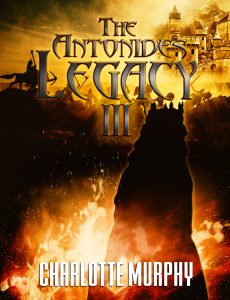 When her childhood friend Thorn Remora arrives unexpectedly in Drem determined to accompany her to Thelm, Trista is forced to face her fading feelings for him. Travelling with Oren, Dana and new ally Lamya Rubio, Trista is under pressure to fulfil the destiny she still doesn’t entirely believe in.
Still struggling to find her place in the world, Trista is pushed further into her journey of self-discovery that will push her to her farthest limits.
With the addition of an Agmantian prince, his assassin sister and Baron Dreston working in secrecy to take the throne from the Greybolds, Trista continues her determined path to Tirnum City.

Can Trista make it in time to save her family, friends and the rest of Mortania before evil reigns forever?