Self-Publisher’s Showcase: Today we are joined by David E. Gates, author of Access Denied, The Wretched and The Roots of Evil. Welcome to the Showcase Lounge, David.

David E. Gates: Thanks for having me.

DG: Sure thing. I’ve published several books and short stories. A mixture of biographical memoir in respect of some events I went through a few years back, horror novels and travelogues, along with some poetry too. I’ve also made a film about the battlefield memorials in Ypres, Belgium. 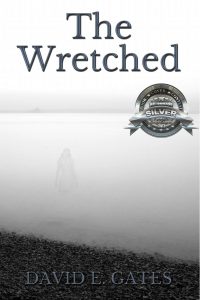 DG: I write anywhere/everywhere. On the train, at work in my lunch-hour, at home on a Sunday morning. Whenever I can basically. I generally write on a laptop/PC. However, when on holiday if I don’t have my laptop with me, I’ll write in a notebook then type it up. I’d like to write more often, but invariably it’s several times a week.

DG: I’ve met and interviewed several famous authors, such as Clive Barker, Terry Pratchett, James Herbert etc. As an aspiring writer, I asked them what advice they would give. They all said the same thing: “Keep trying.” When I wrote Access Denied, the self-publishing phenomenon was just starting and this enabled me to publish. Before then, it would have cost several thousands of pounds to get a book published and I just didn’t have the money for that.

DG: My style has definitely changed over the years. When I revisited my old work for the anthology, First Words, the difference was quite dramatic. I love putting detail into a story and then cross-referencing it, like an in-joke or cameo in a movie, to another piece of work. James Herbert did that with The Magic Cottage, when he referred to Fluke. I’ve taken it a step further and woven some short stories into the sequel I’m writing to The Roots of Evil.

DG: That’s a great question. I think the breadth of genres I’ve covered differentiates me somewhat. I do mostly write horror/ghost/supernatural stories, but love writing my travelogues too. 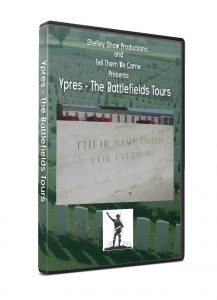 DG: Some of it comes from vivid dreams I have had. Like James Cameron’s idea for The Terminator, he dreamt of a robot rising up out of flames and then worked a story around that. I’ve done the same several times. Other instances, it comes from things that happen to me, like Access Denied for example, or simply something I witness that inspires me to write.

DG: Perversely, yes. All reviews are great to receive (except those from trolls of course). However, there was one one-star review that I loved. It was for The Roots of Evil from someone in the USA. They titled their review “Disturbing. Horrid.” Then went on to say, “Horrible. Disturbing. I can’t even…ugh. It’s really, really, really disturbing.” The reader obviously doesn’t like graphic horror, but for those who do that’s actually a very positive review.

DG: I’ve almost finished writing the sequel to The Roots of Evil, called The Deeper Roots of Evil. Then I’ve got an idea for a short memoir based on my motorcycling experiences. My long-term work, The Climbing Frame is next on the agenda. It’s a cross between The Wasp Factory, by Iain Banks, who I met before he passed, and American Psycho by Bret Easton Ellis.

DG: I’d love to get picked up by a publishing house and get the full author treatment and exposure, but that’s not happened so far, so the only other route for me to get my work out there was via the self-published route. 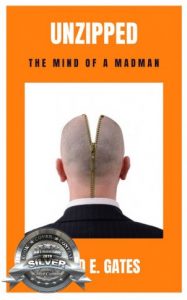 DG: I love the feeling of seeing the finished article. Holding the paperback in my hand, or seeing the book on a tablet, is very rewarding. When I first published Access Denied, I found that despite buying a package to assist me, I still had to do all the work such as formatting, cover design, proof-reading, editing, marketing, myself. Nowadays, you can pay someone to do those things for you, but it gets expensive. I do get someone to proof-read and edit, and pay for that service, as you can’t generally proof your own work. You’re kind of “blind” to the mistakes, some of which can be truly obvious. Overall, it’s hard work. But very rewarding when you get that review telling you how great your book is or the effect it has had on people. Or winning a competition. I most recently won Silver in the AuthorsDB 2019 Cover Contest for Unzipped: The Mind of a Madman. That makes the experience very special.

DG: To quote the authors I asked, “Keep trying.”

SPS: Thank you for joining us today, David, and all the best for the future.

DG: Thank you. Good talking to you.

SPS: For more information on David and his work, please do visit: